The Preakness Stakes is the second leg of the American Triple Crown and Justify is odds-on favourite to retain his unbeaten record on Saturday.

The race takes place at Pimlico over nine and a half furlongs and comes just two weeks after the Kentucky Derby. American Pharoah (2015) ended a 37-year wait for a Triple Crown winner, dating back to Affirmed in 1978. He was trained by Bob Baffert who now has the opportunity to take a step closer to a second Triple Crown success.

Justify re-wrote the history books when repelling Good Magic and Audible at Churchill Downs. Statisticians had pointed to the fact that no horse had won the Kentucky Derby without having raced as a juvenile since Apollo in 1882. Justify did not make his racecourse debut until February 18th this year, winning a maiden by nine and a half lengths.

The son of Scat Daddy followed up in similar fashion the following month before beating Bolt D’Oro by three lengths in the Santa Anita Derby. That victory saw him leapfrog to the top of the Kentucky Derby betting. A perfect draw enabled jockey Mike Smith to take a prominent position before hitting the front with half a mile to travel. Out in front is often the best place to be in sloppy conditions and he stayed on strongly to win by two and a half lengths.

Justify faces just seven rivals in the Preakness, headed by Kentucky Derby runner-up Good Magic. There is no obvious reason for the form to be reversed at Pimlico, although Good Magic stuck to his task gamely in the home stretch. He came under pressure from Jose Ortiz when Justify struck for home and may not have as much scope for improvement as the winner.

He was a top class two-year-old for Chad Brown, winning the Breeders’ Cup Juvenile in fine style in November. Good Magic probably needed the run when third at Gulfstream Park in March before bouncing back to win the Grade 2 Blue Grass Stakes in April.

Diamond King up in class at Pimlico

Bravazo (sixth) and Lone Sailor (seventh) are also set to renew rivalry with Justify. Bravazo started at odds of 67-1 at Churchill Downs and was doing all of his best work at the finish. He was eventually beaten just over eight lengths. He had previously run poorly in the Louisiana Derby after landing the Grade 2 Risen Star Stakes.

Lone Sailor missed the start in the Kentucky Derby and finished a length behind Bravazo. He had that horse well behind when beaten a neck by Noble Indy in the Louisiana Derby. The Majestic Warrior colt has only one win from seven starts.

Quip was not in the Kentucky Derby after finishing second to Magnum Moon in the Arkansas Derby. That form took a knock at Churchill Downs but Rodolphe Brisset’s colt was having only his third race. Tenfold finished in fifth place at Arkansas, less than a length behind Quip. That was only his third racecourse appearance so improvement can be anticipated.

Diamond King won the Federico Tesio Stakes last month and takes a big step up in class for John Servis. Sporting Chance was over three lengths behind Good Magic at Keeneland in April before finishing fourth to Funny Duck in the Grade 3 Pat Day Mile. 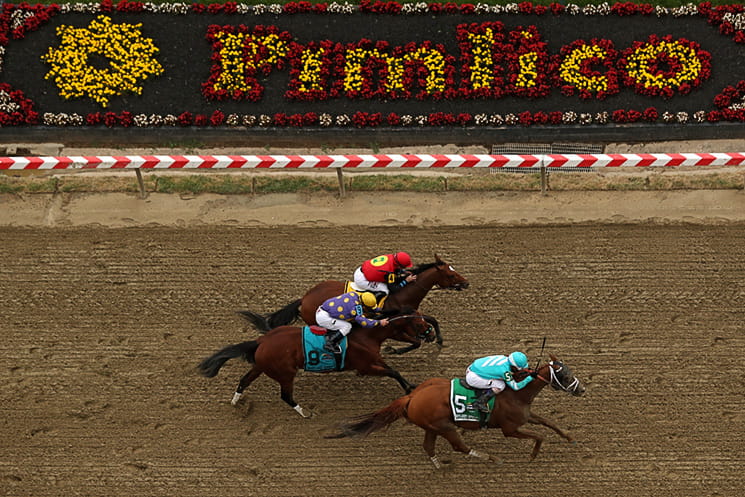 The Preakness Stakes is due off at 11.48pm (UK time) and will be televised live on NBC and NBC Sports Network and also on xbtv.com.