The 2.25 at Haydock Park on Saturday is the Group 3 Pinnacle Stakes for fillies and mares over a mile and a half. John Gosden and Roger Varian have both won this race twice in recent years. Varian saddled Ferdoos (2011) and Shimmering Surf (2012) while Gosden was successful with Sultanina (2014) and Journey (2016). Last year’s race was won by God Given, trained by Luca Cumani and ridden by Jamie Spencer. 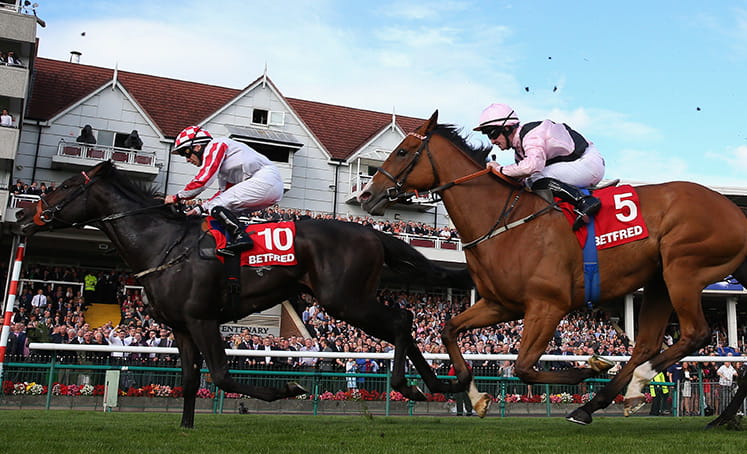 The early favourite here is True Self, a six-year-old mare trained by Willie Mullins. The winning hurdler was switched to the flat last year and won her maiden by nine lengths at Cork. She then won a listed race at Bath before following up in the James Seymour Stakes at Newmarket. A recent win at Gowran Park confirmed her well-being and the rain-softened ground will play to her strengths.

John Gosden and Frankie Dettori team up with Highgarden, a four-year-old filly by Nathaniel. She won the Group 3 Princess Royal Stakes at Newmarket in September, out-battling Mrs Sippy in the closing stages. She won on soft ground at Newbury on her racecourse debut in 2017 so should not be inconvenienced by conditions, although she must carry a 3lbs penalty for her Newmarket win. Mrs Sippy was held up at Newmarket and hit the front inside the final furlong. She looked quite keen in the early stages and there was not a lot of encouragement in her comeback race at York when finishing last.

The main danger to the favourite could be Klassique, trained by William Haggas. The daughter of Galileo pulled hard when second to Enbihaar at Goodwood last month. The winner ran a good race at York next time so the form looks solid.

Klassique won on good to soft ground at Newmarket in October when comfortably beating Hyanna by three and a quarter lengths. If Daniel Tudhope can get her to settle in the early stages, she could give True Self most to do.

Pilaster finished fourth in that York race and looks held by Klassique on a line through the winner. Her biggest career win to date came in the Group 2 Lillie Langtry Stakes at Goodwood in August. She needed every yard of the mile and three-quarters to wear down Maid Up. Her only disappointing efforts have both been in soft ground so that is a concern.

Hughie Morrison saddles Jedhi, a course winner over a mile and three-quarters in handicap company last time. She was racing off a mark of 79 that day so needs to improve considerably to feature here. The same applies to Dance Legend, a winner off a mark of 85 at Lingfield in soft ground. Jet Streaming and Magnolia Springs also have a lot to do on official ratings.

The Pinnacle Stakes is due off at 2.25 at Haydock Park on Saturday 8th June and will be televised live on ITV.