Haydock Park stages a good quality card on Saturday, featuring the £75,000 Grade 2 Peter Marsh Handicap Chase at 3.15. The race is over an extended three miles and one furlong with 19 fences to be jumped.

Valtor tops the weights at Haydock

The weights are headed by Nicky Henderson’s Valtor, a rare 33-1 winner for the stable at Ascot last month. He was having his first race for the yard but was seemingly less fancied than stable companion Gold Present, a well-backed 6-1 second favourite. Valtor was always travelling well within himself and readily pulled clear of Jammin Masters and Benatar. He has been given a 12lbs hike in the weights and has been given an entry in the Cheltenham Gold Cup.

Pipe has elected to run course winner Daklondike in preference to Welsh Grand National runner-up and ante-post favourite Ramses De Teillee. Daklondike won the Tommy Whittle Chase in December. He had pulled up on his previous start at Cheltenham on good ground and was fitted with a visor for the first time at Haydock. A combination of the headgear and heavy ground worked the oracle for the seven-year-old who rallied bravely to beat Ballyarthur by a length.

He is up 6lbs in the weights and connections will be hoping for testing ground this weekend. Daklondike is 1lb worse off with Ballyarthur and there should be nothing between them on the revised terms.

One For Arthur reported in fine form

2017 Grand National winner One For Arthur unseated Tom Scudamore at the third fence on his belated return to action at Aintree in December. That was his first race for 609 days and he is 6lbs higher than when recording his greatest triumph. Trainer Lucinda Russell is optimistic that she has him back to something like his best and his Aintree partner Derek Fox is back in the saddle on Saturday.

Robinsfirth has not raced for over a year and represents Colin Tizzard. He finished second to Chase The Spud over course and distance in November 2017 before winning a Grade 3 chase at Cheltenham. Venetia Williams knows how to prepare a horse for these competitive staying chases and relies on Otago Trail. He was hampered at Ascot in Valtor’s race but was already beaten at the time and has a lot to find on that evidence. He did finish second in this race in 2017, albeit a long way behind Bristol De Mai.

Ballydine was a close second to Carole’s Destrier at Newbury in the Mandarin Chase. The winner ran well enough last weekend in the Classic Chase at Warwick and Ballydine is only 2lbs higher in this race. London Gold Cup runner-up Red Infantry is a dour stayer but this looks a much tougher contest. Three Musketeers was beaten a long way behind Aso at Newbury while Captain Redbeard made several jumping errors when virtually tailed off at Aintree. He is prone to make the odd mistake and did so last year when runner-up to The Dutchman. 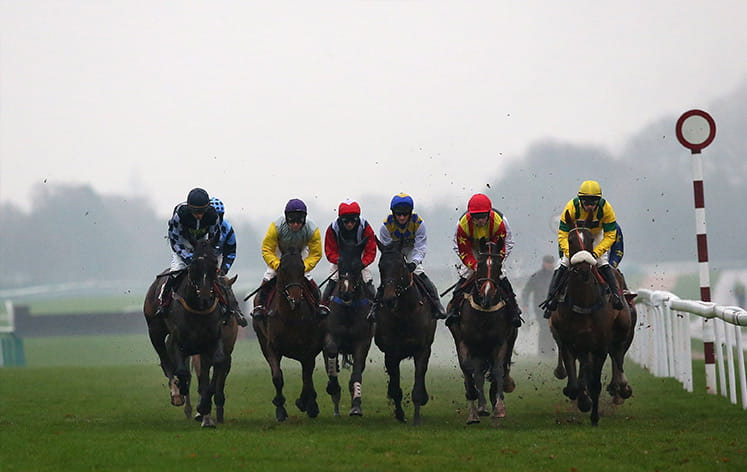 The Peter Marsh Chase is due off at 3.15 on Saturday 19th January and will be televised live on ITV4.