The most valuable race on the card at York on Saturday is the £100,000 Pavers Foundation Catherine Memorial Sprint Handicap. It is a six-furlong sprint for three-year-olds and always attracts a large field.

Bookmakers have installed Foxtrot Lady as the favourite, a filly by Foxwedge trained by Andrew Balding. She is chasing a hat-trick after victories at Chester and Carlisle. The handicapper has put her up 7lbs for her latest success when comfortably beating Lady Dancealot. Jason Watson can claim a useful 5lbs off her back on Saturday.

Beshaayir started favourite when finishing a disappointing fifth to Pepita at Musselburgh. Nothing went her way that day, fly-leaping at the start and wandering under pressure in the closing stages. That was over seven furlongs so she cannot afford to miss the break in this competitive sprint. Joe Fanning has been booked for the ride and Beshaayir will break from stall 18.

Dane O’Neill rides Jawwaal for John Gosden, twice a winner on the all-weather last month. He is a son of Bahamian Bounty and needed to be driven out to win over seven furlongs at Kempton last time. Citron Major bolted up by five lengths at Ripon but has been put up a massive 11lbs as a result.

Richard Fahey saddles Gabrial The Saint, a three lengths winner at Leicester last time out. He had been put up 8lbs for his previous victory at Chester and he also faces an 11lbs rise in the weights. Paul Hanagan takes the ride and he is among the low drawn runners in stall four.

Commander Han drops back in trip

Kevin Ryan is doubly represented here with Savalas and Commander Han. Tom Eaves rides Savalas, a gelding by Zebedee. He only had a short-head to spare over Lake Volta at Hamilton last month but that form has been boosted since. The runner-up won a Listed race at Epsom over seven furlongs by four and a half lengths. Savalas has been well beaten in all three previous races beyond five furlongs.

Commander Han is another who has been racing over longer trips but has shown early speed in his races. The Siyouni colt was made favourite on his last visit to York but did not see out the seven furlongs. Kevin Stott takes the ride on Commander Han from stall 9. 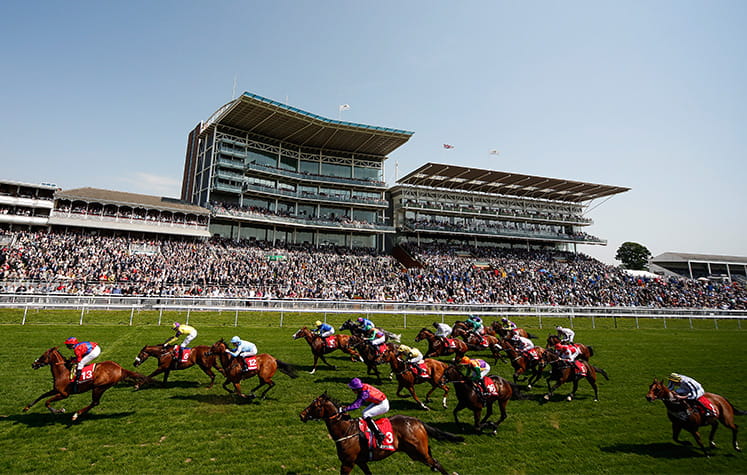 Tim Easterby’s Staxton was a speedy juvenile and was not disgraced in the European Free Handicap at Newmarket. Josephine Gordon will ride Encrypted, trained by Hugo Palmer. The son of Showcasing was gelded in February and showed plenty of promise when fifth to Yafta at Newmarket. He will start from stall five and could run well at a good price.

Ryan Moore rides Snazzy Jazzy for Clive Cox, a colt by Red Jazz out of a Byron mare. He won a valuable sales race at the Curragh in soft ground in September. Snazzy Jazzy raced keenly in the European Free Handicap before fading to finish a remote eighth. He has ground to make up on Staxton on that form and looks to have plenty of weight.

The Pavers Foundation Sprint Handicap is due off at 3.35pm at York on Saturday 16th June. The race will be televised live on ITV4.