The big betting race at York on Saturday is the Pavers Foundation Catherine Memorial Sprint over six furlongs at 3.35. Last year I put in a good word for 25-1 outsider Encrypted who duly obliged for Hugo Palmer and Josephine Gordon. That will be tough act to follow in a big field of three-year-old sprinters and it looks as wide open as ever. 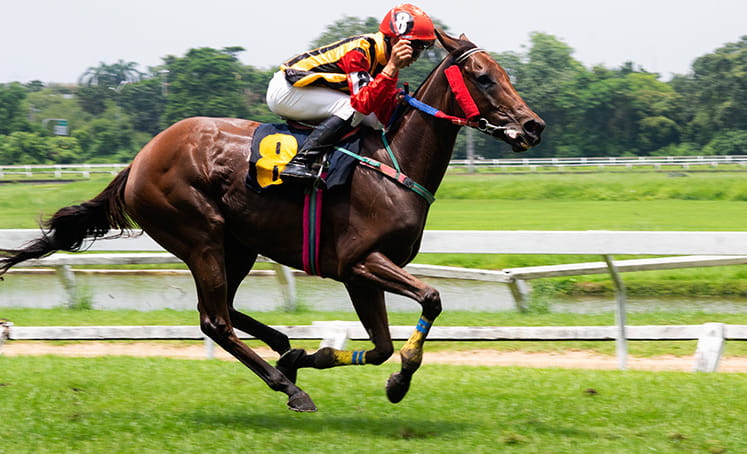 Blown By Wind tops the weights at York

Ryan Moore rarely rides for Mark Johnston so it is an eye-catching booking to see his name chalked up alongside top weight Blown By Wind. It is also a quick reappearance for the colt who chased home Awe in a competitive seven furlong handicap at Newmarket only a week ago. He has gone up a further 3lbs for that effort and drops back in trip.

Bookmakers are struggling to establish a clear favourite with Dazzling Dan, Moraawed and Victory Day all initially priced up at 8-1. Dazzling Dan was a head behind Moraawed at Doncaster in April when attempting to concede 9lbs. He is now 2lbs worse off with that rival after beating Dominus by a neck at Newmarket.

Moraawed started favourite to confirm the Doncaster form but could never land a blow, despite finishing well in fourth place. He will need a bit of luck in running if waiting tactics are adopted again on Saturday. It may also be significant that Roger Varian has declared first-time blinkers for Moraawed.

Victory Day is trained by William Haggas and is open to plenty of improvement after winning at maiden at Ripon last month. The runner-up has run creditably since without winning and Victory Day won with any amount in hand. Jamie Spencer will be looking to play his cards late from stall 21.

Rathbone beat Blown By Wind by a head at Leicester last month when receiving 8lbs. They meet on identical terms with both having been raised 6lbs in the handicap. Andrew Balding’s Firelight finished a close fourth in the Group 2 Lowther Stakes at York last August. The daughter of Oasis Dream has not shown a great deal since but the stable know how to get one ready for this valuable prize. She can be expected to improve on her run at Windsor behind Street Parade.

Ventura Ocean beat Chapelli by half a length at Pontefract in April. He was thought good enough to contest the Group 3 Acomb Stakes at York last season and has only been raised 4lbs. Recon Mission ran well in defeat over five furlongs at Sandown and Chester earlier in the season and was a six-furlong winner in Ireland last season. He struggled in the Epsom Dash last time but now returns to his own age group.

Secret Venture is yet to add to his win in a Leicester maiden on his debut in May 2018. He needs to improve on his second to Semoum at Hamilton while Luxor is better than he showed at Newmarket last month. He won a Newbury maiden in good style in October on good to soft ground.

The Pavers Foundation Catherine Memorial Sprint is due off at 3.35 at York on Saturday and will be televised live on ITV4.