The feature race at Cheltenham on Saturday is the Paddy Power Gold Cup over an extended two and a half miles. The race was originally known as the Mackeson Gold Cup and has been won by some high class chasers in the past. There have been five dual winners, the most recent being Cyfor Malta (1998, 2002). Other notable winners include Fondmort (2003), Imperial Commander (2008) and Al Ferof (2012). 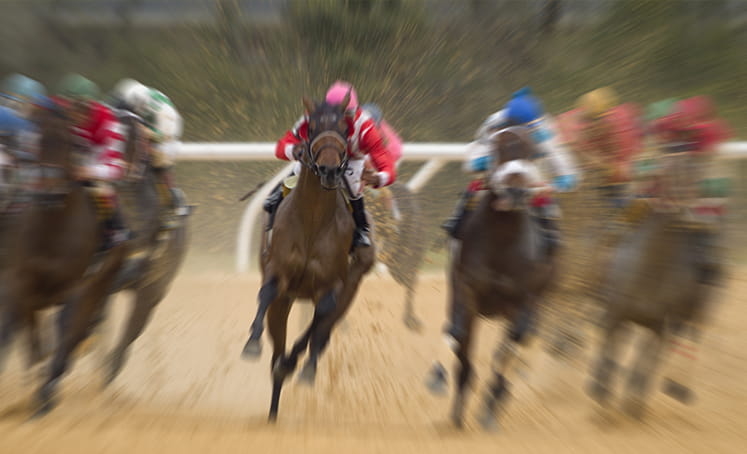 Last year’s race was won by Happy Diva, trained by Kerry Lee and ridden by Richard Patrick. She held the late challenge of Brelan D’As, and they are set to renew rivalry this weekend. Happy Diva is 3lbs worse off this year but has continued to progress, finishing runner-up to Simply The Betts at the Cheltenham Festival.

Happy Diva reappeared at Wetherby last month and was in contention until fading from the third last fence. That run should have sharpened her up nicely for this race, and her Cheltenham form is impressive. She has one victory and three seconds from five runs over fences at this venue. Brelan D’As has only raced once since last year’s race, finishing well beaten in the Caspian Caviar Gold Cup.

Simply The Betts is prominent in the betting as he makes his seasonal debut for Harry Whittington. He has been raised 8lbs for his festival victory where he had only a length and a quarter to spare. He runs well fresh so fitness should not be an issue, but he could be anchored by his big weight on ground faster than ideal.

The ante-post favourite is Saint Sonnet, trained by Paul Nicholls. He finished seventh to Samcro at the festival and could be well treated off a rating of 147. He was a smart hurdler in France, but most of his form has been on very testing ground. Al Dancer was also very smart over hurdles and recorded his second chase victory in good style at Newton Abbot recently. Nigel Twiston-Davies trains the grey son of Al Namix who was fifth in the Arkle Trophy in March.

Nicky Henderson’s only victory in this race came with Fondmort in 2003. He has a serious chance with Mister Fisher, one of last season’s top novices. He defeated Al Dancer at Doncaster in January and finished ahead of Saint Sonnet at the festival. He never really looked like being involved in the finish but that was only his fourth run over fences.

Siruh Du Lac won a famous victory under Lizzie Kelly in the 2019 Brown Advisory Chase. He was fancied in this race last year but pulled up and was not seen again until the festival. He was still leading when taking a crashing fall at the second last. David Pipe has since taken charge of the seven-year-old and it will be fascinating to see how he fares on his first start for the yard.

Slate House was favourite last year and appeared full of running when falling two out. He made amends with victories at Huntingdon and in the Grade 1 Kauto Star Novices’ Chase at Kempton. He lost his form completely after that and starts the new season on a 5lbs higher mark. Slate House is trained by Colin Tizzard who is also represented by The Russian Doyen. The latter ran well after a 347-day absence to finish third over hurdles at Fontwell last month. He is more effective over fences and could run well at long odds.

Spiritofthegames has run well here on a couple of occasions, notably when runner-up to Warthog in the Caspian Caviar Gold Cup. The eight-year-old was far from disgraced in sixth at the festival but has only one victory from ten starts over fences. Alan King has been enjoying success both on the flat and over jumps. The good ground will suit Fidux who represents the yard here after a battling win at Market Rasen last time.

The Paddy Power Gold Cup is due off at 2.15 at Cheltenham on Saturday 14th November and will be televised live on ITV.