Haydock Park stages a good quality card on Saturday and the big betting race is the £100,000 Old Newton Cup at 1.45.

This is one of the most competitive mile and a half handicaps of the season and has been won by some high class performers. Luca Cumani has trained the winner on four occasions, most recently with Mad Rush in 2008. 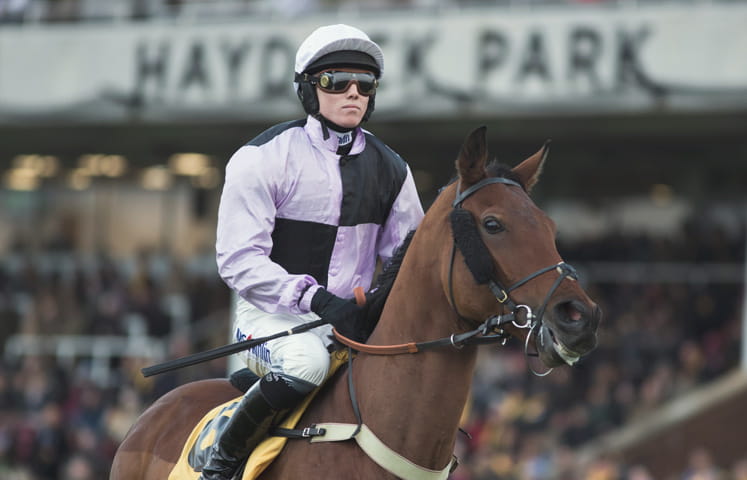 Atty Persse won the valuable King George V Stakes at Royal Ascot last summer when rated 93. The handicapper put him up 9lbs as a result and Charlton put him up in class. The colt was well beaten in his final two starts and was gelded in August. Bookmakers are taking no chances, despite his lengthy absence and Jamie Spencer has been booked for the ride.

Charlton also saddles Blakeney Point, a five-year-old gelding by Sir Percy. He finished third and was demoted to fourth behind Mirage Dancer at Goodwood in May. He finished fourth in this race last year when he did not enjoy the clearest of runs. He is 10lbs higher but that is reduced by the 7lbs claim of apprentice Harry Burns.

Across The Stars was formerly trained by Sir Michael Stoute before being moved to Richard Hannon after a disappointing season in 2017. He won a Group 2 at Royal Ascot in 2016 but his rating has dropped 12lbs since. He ran on from well off the pace at Epsom last time in the race won by Dash of Spice.

Golden Wolf has been running consistently for Richard Hughes, finishing runner-up in each of his last four races. He was ahead of Across The Stars in third place at Epsom before chasing home Amazing Red at Newmarket. The winner was never sighted in last weekend’s Northumberland Plate but that form can be safely ignored after an ill-judged ride. Nicola Currie can claim 3lbs here aboard Golden Wolf.

Marco Botti enjoyed his first Royal Ascot with Aljazzi last month and has won this race twice in the past four seasons. He relies on Crowned Eagle who finished sixth behind Dash of Spice at Royal Ascot after being up with the pace for a long way.

Teodoro bolted up by six lengths at Newbury last month for Tom Dascombe and Richard Kingscote. He has only gone up 6lbs and could still be a step ahead of the handicapper. Mark Johnston saddles four runners here in Sofia’s Rock, Titi Makfi, Aclimatise and Rainbow Rebel.

Joe Fanning partners Rainbow Rebel who won narrowly at Pontefract last month with Silvestre de Sousa aboard Sofia’s Rock. The latter made all the running to win by seven lengths here before finishing second at Windsor off a 10lbs higher mark. Society Red comes here after winning by three

lengths at York for Richard Fahey and Paul Hanagan. The handicapper has responded by putting him up 8lbs in the weights.

The Old Newton Cup is due off at 1.45 on Saturday 7th July and will be televised live on ITV