The big betting race at Haydock Park on Saturday is the Old Newton Cup over a mile and a half at 3.15. It is one of the most competitive middle distance handicaps of the season and regularly attracts a good quality field.

Luca Cumani trained the winner three times in five years between 2004 and 2008 and was also successful with the high class Zaralaska in 1997. Key To My Heart defied 10 stone in 1996 while Glide Path won the race in successive seasons in 1993 and 1994. Mark Johnston has won the Old Newton Cup twice in the past four years, most recently with Notarised in 2015.

Sir Michael Stoute’s Shraaoh was heavily backed earlier this week with his price cut from 8-1 to 4-1 clear favourite.

The four-year-old son of Sea The Stars has proved expensive to follow since winning a Newcastle maiden by six lengths last May. He has started favourite three times in four subsequent outings including last time out at Epsom. Jockey Frankie Dettori reported that Shraaoh had failed to handle the track when beaten into fourth place behind Soldier In Action. He ran his best race when second to Dai Harraild at Goodwood on good to firm ground last July.

Michael Appleby saddles Big Country who is seeking his fourth win in five races. The son of High Chaparral was formerly trained by Charles O’Brien and won his first two starts for Appleby on the all-weather. He ran well on his return to turf at Newmarket in May to finish fourth to Frontiersman. He was then driven out to beat Burguillos at York last month. Big Country is set to race off a 4lbs higher mark at Haydock.

Tony Martin loves to have a tilt at these valuable middle distance handicaps with his dual purpose horses. He had entered Moonmeister, twice a winner over hurdles and successful on the flat at Cork last time out. He ran a good race when narrowly beaten into third behind Barsanti at York last August but failed to stay in the Cesarewitch. He only had a neck to spare at Cork but was eased down in the closing stages.

Brorocco won the City And Suburban Handicap at Epsom in April before being beaten by Khairaat at Chester. The winner disappointed at Royal Ascot off a 13lbs higher mark while Brorocco finished fifth on his return to Epsom. This will be his first attempt beyond a mile and two furlongs.

Carntop races in the colours of the Prince Of Wales and Duchess Of Cornwall. He finished narrowly ahead of Shraaoh at Epsom after a luckless passage. That was a big improvement on his previous run when tailed off last at Ascot in May. He wore a hood for the first time at Epsom and it will be interesting to see if the headgear proves as effective here. 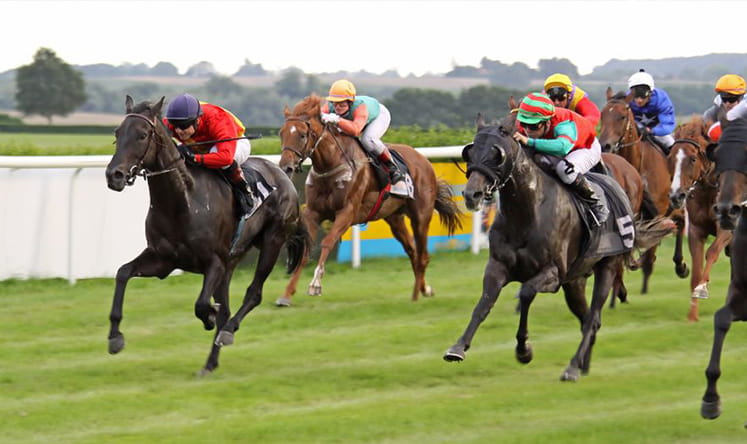 Fran Berry has been booked to ride Kapstadt for Ian Williams. The seven-year-old has been raised 5lbs for his one length victory at Newmarket last month. He had finished second on his previous two starts at Chester and is five times a winner over hurdles. Williams also knows how to prepare his dual purpose horses as he showed with London Prize at Newcastle last weekend.

This represents a drop in trip for Roger Charlton’s stayer Blakeney Point. He started favourite for the Chester Cup in May but faded in the closing stages. He was fourth to Top Tug at Goodwood over a mile and six furlongs next time but this is the shortest trip he has tackled in ten races.

Sir Chauvelin ran well to finish a close sixth in the valuable Northumberland Plate last Saturday. He is also dropping back in distance for Jim Goldie. David O’Meara’s Tawdea won the Old Newton Cup last year but arrives here in poor form. He was virtually pulled up on his most recent start at Newmarket.

The Old Newton Cup is due off at 3.15 at Haydock on Saturday 8th July and will be televised live on ITV.