The turf flat season ends at Doncaster on Saturday with an eight-race card featuring the November Handicap. This competitive mile and a half handicap has proved to be a minefield for punters with only one successful favourite in the past 23 years. Long-priced winners during that period include Royal Cavalier (2001) at 50-1, Turbo (2003) at 25-1 and Art Scholar (2012) at 20-1. Last year’s race was won by 9-1 shot Royal Line, trained by John Gosden and ridden by Robert Havlin. 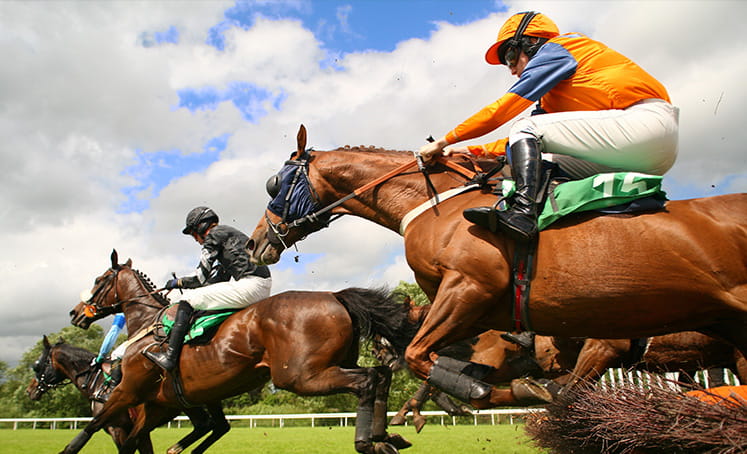 The weights are headed by Euchen Glen, the winner of three of his last four starts for Jim Goldie. He is no stranger to big handicaps having won the John Smith’s Cup at York in 2018. He finished sixth in the same race this season and a good fifth in the Ebor Handicap at the same track. Euchen Glen then won the Old Borough Cup at Haydock, taking his official rating to a career-high 107.

Goldie then ran him in the Listed Doonside Cup at Ayr where he finished fourth to subsequent Champion Stakes winner Addeybb. He then won the Group 3 Cumberland Lodge Stakes at his favourite York, although odds-on favourite Logician ran way below form. The seven-year-old proved there was no fluke about his victory by following up in the St Simon Stakes at Newbury in heavy ground. He races off a mark of 109 on Saturday but is clearly in the form of his life.

His main market rival is Sam Cooke, a lightly-raced four-year-old trained by Ralph Beckett. He was off the track for 428 days prior to finishing fifth when favourite at Newmarket in July. He then finished a nose second to Jeremiah at Ascot but has not raced in the past 104 days.

Kingbrook finished a close third to the progressive Ilaraab at Newbury in September before winning a valuable handicap at Newmarket last month. He was sent for home some way out by Richard Kingscote and readily held the fast-finishing Louganini and Kipps. He has been raised 6lbs for that success. All three market leaders are drawn unfavourably high between stalls 18 and 22, although Royal Line won from stall 23 last year.

Alan King is better known as a jumps trainer, but he has been picking off some good prize money on the level this season. He relies on On To Victory, beaten a neck by Stargazer at Haydock last month. He was placed in two novice hurdles last winter and failed to complete in his other two starts over timber.

Dash Of Spice seems to have been around forever but is still only six years of age. He won at the Derby meeting and Royal Ascot in 2018 but missed the 2019 season through injury. David Elsworth’s charge has yet to win in six starts this season but shaped encouragingly when runner-up to Tulip Fields here a couple of weeks’ ago.

Surrey Pride went into plenty of notebooks when finishing in eye-catching fashion behind Kingbrook at Newmarket. He started a heavily-backed favourite at Newbury next time but faded to be well beaten behind Lunar Jet in heavy ground. This will be only his second race over the distance.

Strawberry Rock will be having only his fifth start on Saturday for Hugo Palmer. He was an easy winner at Ripon in September but never really featured at York over a mile and three-quarters next time. He drops back to his best trip, and Luke Morris has been booked for the ride.

David O’Meara trained the last successful favourite here in Open Eagle (2014). His hopes rest with Eagle Court, a winner at Nottingham over ten furlongs last time. The handicapper has put him up 5lbs for that success, but he still sneaks in here with just eight stone on his back. He is bred to stay the trip but will need to weave his way through from stall 21.

The November Handicap is due off at 3.15 at Doncaster on Saturday 7th November and will be televised live on ITV4.