The £80,000 November Handicap traditionally brings the curtain down on the flat turf season at Doncaster

The race is due off at 3.35 on Saturday with the going currently forecast to be on the fast side of good. The going is usually soft at this time of year and the race frequently throws up a big priced winner.

Gosden has booked Nicky Mackay to ride Cape Cova this year, a neck winner over Higher Power at Doncaster last month. That race was over an extended mile and three-quarters and he did well to overcome a very slow start. Cape Cova is 9lbs higher in the weights on Saturday and will wear blinkers for the first time. The shorter trip should not trouble him as a strong early pace is virtually guaranteed with a field of 23 runners.

The lightly-raced Wrangler caught the eye when third over course and distance behind To Be Wild last month. William Haggas trains the five-year-old who will be having only his eighth race on Saturday. He looked a useful prospect when beating Montaly at Haydock in soft ground in 2014 but has presumably had his training problems since. He would probably prefer a bit of cut in the ground and a high draw in stall 18 is not ideal.

Godolphin endured a difficult summer but have finished the season strongly. They rely on the three-year-old Prize Money, trained by Saeed bin Suroor. He finished second to Eclipse Stakes winner Hawkbill at Royal Ascot and was not disgraced last time out when fifth to Ulysses at Goodwood. His stable are in much better form now and George Wood takes off a useful 5lbs. He will also be fitted with some new headgear on Saturday with Bin Suroor electing to run him in a hood.

Her Majesty The Queen is represented by Fabricate, a four-year-old gelding trained by Michael Bell. He has had a light campaign and battled on bravely last time out to beat Passover by a short-head at Leicester. He has gone up 4lbs in the handicap and will be ridden by Adam Kirby.

Litigant won the race last year for Joseph Tuite and returns on a 4lbs higher mark. He has not been disgraced in Group race company at Ascot and Saint-cloud and seems to go on any ground. Connections of What About Carlo would love to see some rain before the big race after their gelding won in easier ground at Newbury last month. 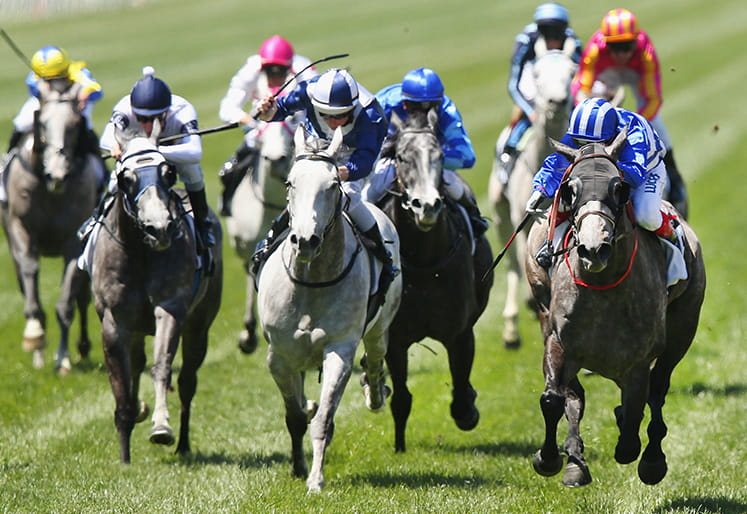 Trendsetter the pick of the outsiders

David O’Meara’s Tawdeea was a length and a half behind Fabricate at Leicester but won at the same course in first time cheek-pieces next time. He also won the valuable Old Newton Cup at Haydock in July, although he too would prefer a bit of cut in the ground. He ran on well to beat John Reel by half a length at Leicester last time out and holds Buonarroti and Dashing Star on that form. Buonarroti finished second to Litigant in the November Handicap last year in very testing conditions but fast ground and a wide draw may have scuppered his chances.

Josephine Gordon rides one of the least exposed runners here in Qaseem, trained by Hugo Palmer for Al Shaqab Racing. He was beaten at odds-on over a mile in France last time and his stamina has to be taken on trust. Mark Johnston’s Soldier In Action beat Higher Power by six lengths at Goodwood last month but has gone up 11lbs as a result. He had been tailed off on his previous start on fast ground so that has to be a concern.

The fast ground is also against Andrew Balding’s Montaly who has shown his best form on softer ground over longer distances. Erik The Red has run well in a couple of competitive handicaps over shorter distances but is untested at a mile and a half. If you’re looking for a rank outsider you could do worse than Trendsetter. He goes well on fast ground and was only just behind Wrangler at this course last time. The booking of smart apprentice David Egan is a bonus and he is nicely drawn in stall five.

The November Handicap is due off at 3.35pm on Saturday 5th November and will be televised live on Channel 4.