The last chance for participation in The Euro 2016

The Norwegian players were 20 minutes away from qualifying directly to The UEFA Euro 2016, leading 1-0 vs. Italy at Stadio Olimpico, but they eventually lost 2-1 and now they have to play against Hungary, another quality team. To continue; Norway is in really good shape. The team conceded just two goals in their last 6 games and won on three occasions.

On the other hand, Hungary also played well in their qualifying group, but their defeat to Greece and the draw against Romania cost them second place in the final standings. The Hungarians finished in third place in Group F with 16 points in the bag. They lost only twice in ten games, but that was enough to put them into the play-off stage.

Both teams have met 13 times in the past, resulting in 5 victories for both sides and 3 draws. Unlike Hungary Norway have won the last three matches, So the game is expected to be level with expectations of a final result of a score draw.

Norway manager Per-Mathias Høgmo has already named his squad for the play-off against Hungary. The surprise is that Joshua King of Bournemouth hasn’t been named in the group.

Strømsgodset’s striker Marcus Pedersen and Rosenborg’s attacker Alexander Søderlund are called by the manager, because of their good performance in the local division.

39-year-old Hungarian goalkeeper Gabor Kiraly is the most experienced player in the Hungarian squad. If he plays this match, he will win his 100th cap. 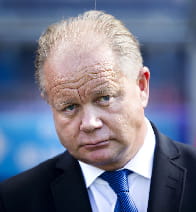 Per-Mathias Høgmo (Norway) : “We have made a point of selecting players that are in very good form at the moment. That is why I opted for Pedersen in attack.” 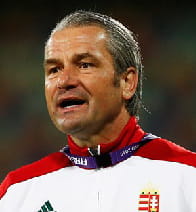 Bernd Strock (Hungary) : “I trust my players and I am not affraid to select each one of them.”