The big betting race of the weekend is the £150,000 Northumberland Plate at Newcastle at 3.35. The race is known as the Pitmen’s Derby and has been won by some high class stayers including Celeric (1996), Sergeant Cecil (2005) and Quest For More (2015). The race has remained as competitive as ever since being switched to the all-weather surface in 2016. 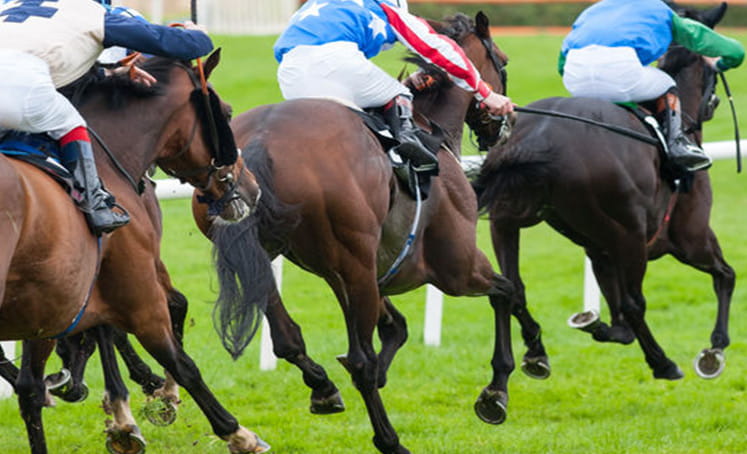 A feature of the ante-post betting market this year has been a gamble on Roger Varian’s Gibbs Hill. The six-year-old has not raced since winning by seven lengths at Kempton in July 2017 but his lengthy absence has not deterred punters. His priced has tumbled from 20-1 into as short as 9-2 clear favourite.

His trainer is certainly in top form, landing a Royal Ascot double on the final day of the meeting with Defoe and Cape Byron. Gibbs Hill has never raced beyond a mile and a half, has been gelded since he last ran and his last victory came in first-time blinkers. He has also gone up 11lbs in the weights so the grey has plenty of obstacles to overcome on Saturday.

Another horse on the comeback trail is Withhold who landed a significant gamble in this race last year for Roger Charlton. He was aimed at the Melbourne Cup but burst a blood vessel in his trial in the Geelong Cup. This will be his first race since returning to Britain and Charlton is understandably cautious about his reappearance.

Mark Johnston’s King’s Advice boasts an impressive sequence of six consecutive victories ahead of the Plate. His handicap rating has risen from 71 to 101 as a result, up 3lbs for his latest win at Goodwood in May. He was all out to hold What A Welcome by a nose that day and the runner-up has been beaten since at Newmarket.

That was in the Bernard Sunley Memorial Handicap, won impressively by Red Galileo under a big weight in a first-time hood. He had Proschema back in third place but picked up a 5lbs penalty for that success. Tom Dascombe has booked 3lbs claimer Jane Elliott for the ride on Proschema. Neither horse has tackled two miles in the past.

Charles Hills won the Royal Hunt Cup with Afaak in midweek and will be hoping to land another major handicap here with Bartholomeu Dias. The four-year-old cut little ice on the turf but has shown improved form on the all-weather. He was beaten three lengths by King’s Advice at Wolverhampton in April but is now 11lbs better off with that rival. He has since won a valuable handicap here when making all the running to beat Forbidden Planet.

You can never ignore Willie Mullins in these big staying handicaps on the flat. Stratum won the JLT Cup at Newbury last year and was subsequently made favourite for the Ebor. He disappointed that day but has been freshened up with a spell over hurdles.

Who Dares Wins is a regular competitor in this type of race, most recently finishing second in the Chester Cup. That race was run in a bog but the gelding has won on the all-weather, albeit in a maiden race back in 2015. Kerrin McEvoy is an eye-catching booking for Time To Study, a creditable third behind stable companion The Grand Visir in the Ascot Stakes last week. He finished sixth in this race last year but has since tumbled 12lbs in the handicap.

The Northumberland Plate is due off at 3.35pm at Newcastle on Saturday 29th June and will be televised live on ITV.