The big betting race this weekend is the Northumberland Plate at Newcastle on Saturday at 3.30.

The race dates back to 1833 and is also known as the Pitmen’s Derby. It is a two-mile handicap for horses aged three years and over. The race was switched to the all-weather track in 2016 but remains one of the most valuable two-mile handicaps of the season.

The ante-post favourite this year is Sir Mark Prescott’s Flymetothestars, a four-year-old gelding by Sea The Stars. He is a lightly-raced stayer who won over course and distance here in May. He has gone up 9lbs for that success and looks to have been kept back for this race.

Brian Ellison saddles Seamour who will be having his third attempt to win the Plate. He was favourite in 2015 despite a hopeless draw in stall 22. He was driven up into contention early on but the effort took its toll and he eventually faded to finish fifth behind Quest For More.

He again started favourite last year from a better position in stall 12. Ben Curtis kicked clear early in the straight but was reeled in by Antiquarium and beaten a length and a quarter. He has been beaten off 93 and 99 and now races off a mark of 103.

James Fanshawe has booked Tom Queally to partner Higher Power, a five-year-old gelding by Rip Van Winkle. He has won two of his eleven races and comes into the race with some very decent form in the book. He chased home subsequent Ascot Gold Cup winner Big Orange at Sandown in May in the Group 3 Henry II Stakes. That was a good effort off level weights but he is 7lbs higher than when he last ran in a handicap.

Fanshawe is also represented by Lord George who is stepping up to two miles for the first time. He has run well over a mile and a half, notably when third to Wild Hacked here in April. George Wood has ridden him in his last two races and the partnership is maintained on Saturday.

Mark Johnston’s Jaameh looks a progressive sort and carries a 5lbs penalty for his win at Newmarket last time out. He was all out to hold Byron Flyer by a head over a mile and three-quarters. Jaameh has not raced on the all-weather since being beaten on his racecourse debut at Chelmsford in 2015. 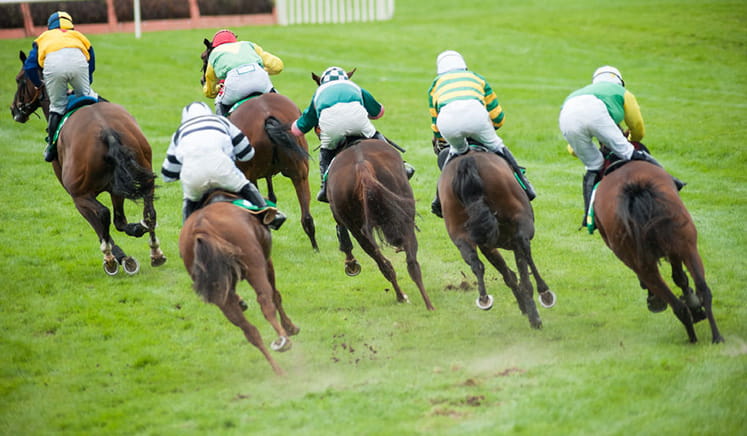 Josephine Gordon had a disappointing Royal Ascot but has another chance of big-race success here aboard Natural Scenery. Saeed bin Suroor trains the filly for Godolphin, a daughter of Dubawi out of a Sadler’s Wells mare. Natural Scenery won well over course and distance in February and endured a rough passage at the all-weather championships next time. She races off an 8lbs higher mark than when last successful.

Sir Chauvelin just got up to beat Kensington Star over a mile and a half at Hamilton last time out. Jim Goldie’s gelding had previously finished a close seventh in the Chester Cup where Yorkidding finished second and Suegioo ninth. Sir Chauvelin finished fourth in the consolation race over course and distance 12 months’ ago.

Yorkidding beat Suegioo by a head at Haydock in May and is only 1lb worse off. Mark Johnston’s gelding has been well beaten twice since. Suegioo was fifth in this race in 2015 and is 10lbs better off with sixth-placed Seamour. He came from well off the pace at Royal Ascot to finish fifth.

The Northumberland Plate is due off at 3.30 on Saturday 1st July and will be televised live on ITV.