Northern Ireland must win to maintain their position at the top

Northern Ireland are just two matches away from writing a new chapter in their footballing history. They have never qualified for The European Championship before. Now, Northern Ireland currently sit top of Group F with 17 points, setting them up for the final two matches of the campaign. The last two group matches are against Greece at home and a visit to Finland; Michael O’Neill’s Northern Ireland team need just 3 points to be sure of taking part in Euro 2016.

The task in front of Northern Ireland doesn’t look impossible. In their upcoming fixture, they will host the group outsider Greece. The Greeks have collected just 3 points from all their matches so far, having recorded 3 draws and 5 defeats. Even The Faroe Islands beat Greece twice…

In the first group match between these two teams, Northern Ireland beat Greece 2-0 at Stadio Georgios Karaiskaki in Piraeus. Jamie Ward scored an early opener in the 9th minute. Then in the second half, Kyle Lafferty found the back of the net and secured the points for his team. Lafferty is Northern Ireland’s top goal-scorer for this campaign, having scored 7 of the team’s 12 goals, which means he’s the main reason pertaining to the good results. The 28-year-old striker has scored 15 goals for his country so far.

Michael O’Neill has already announced his squad for the upcoming fixtures against Greece and Finland. There are no surprises in his named list.

Kyle Lafferty is expected to score again. The striker is in top form and he has scored in 6 out of 8 matches. His recent injury forced him out of Norwich’s squad missing 7 competitive games but now he is fully recovered and will be in the starting eleven.

The oldest player in Northern Ireland’s squad is the goalkeeper Roy Carroll who is now 38 years old. He played in the team’s first five games but he has recently lost his place in the starting eleven and McGovern is expected to start the match against Greece instead of the ex Manchester United goalkeeper.

Dimitris Pelkas was called up for the first time for Greece’s final qualifiers. The attacking midfielder is PAOK player and has taken part in 5 games for Greece’s U21’s team. 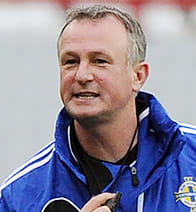 Michael O’Neill (Northern Ireland) : “If I am the right person for the job I would like something of a longer-term nature.” 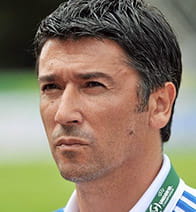 Kostas Tsanas (Greece) : “I thank the federation for the confidence shown in me at a very difficult time for the national team.”