The feature race at Newmarket on Saturday is the £500,000 Group 1 Darley July Cup over six furlongs. This is one of the most prestigious sprint races of the season and often decides the sprint championship of Europe. Notable past winners include Sharpo (1982), Chief Singer (1984), Stravinsky (1999) and Dream Ahead (2011). Last year’s race was won by Aidan O’Brien’s U S Navy Flag who defeated Brando and Fleet Review. 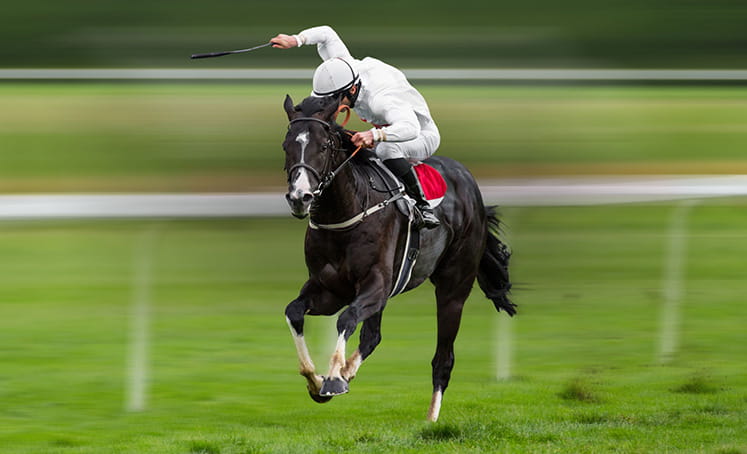 The form horse is arguably Dream Of Dreams, a five-year-old trained by Sir Michael Stoute. He produced a career-best effort when failing to catch Blue Point by only a head in the Group 1 Diamond Jubilee Stakes at Royal Ascot. That followed victories in lower grade races at Chelmsford and Windsor.

Dream Of Dreams disputes favouritism with Advertise, the winner of the Group 1 Commonwealth Cup on his latest start. The three-year-old was trained for the 2000 Guineas at Newmarket by Martyn Meade but there was always a doubt as to whether he would stay a mile. The son of Showcasing looked far more suited by the six furlongs at Ascot and Frankie Dettori retains the ride.

Another Royal Ascot winner on show here is Cape Byron who landed a gamble in the Wokingham Stakes. Roger Varian’s five-year-old won off a rating of 107 having previously won the seven furlong Victoria Cup in May. He has officially been raised to a mark of 113 which puts him within 6lbs of the top rated horses here.

Last season’s runner-up Brando bids to go one better for Kevin Ryan. He is now seven years of age but recently showed plenty of dash when beating Donjuan Triumphant at Hamilton. Were Brando to be successful on Saturday, he would be the oldest winner in the history of the July Cup.

The same applies to Limato, the winner here in 2016 for Henry Candy. A recent neck victory over Glorious Journey in the Group 3 Criterion Stakes at Newmarket was encouraging. He finished runner-up here in 2017 but was well beaten last year.

Aidan O’Brien has declared three runners here including Ten Sovereigns, a non-stayer in the 2000 Guineas before finishing fourth at Royal Ascot. He started favourite for both races and never really looked like winning either. The No Nay Never colt was under pressure at half-way at Ascot and could only stay on at one pace to finish two and a half lengths behind Advertise.

He is joined by stable companions Fairyland and So Perfect. Fairyland was a speedy juvenile, winning the Group 1 Cheveley Park Stakes in September. She finished a respectable fifth in the 1000 Guineas and sixth in the Irish equivalent. A fair fifth behind Blue Point over five furlongs in the King’s Stand Stakes followed.

So Perfect won a Group 3 at Naas over this trip in May but finished only ninth in a messy race for the Jersey Stakes at Royal Ascot. She is a few pounds below her stable companions on official ratings.

Pretty Pollyanna is a three-year-old filly by 2003 winner Oasis Dream out of a Shamardal mare. Michael Bell trained her to win the Group 1 Prix Morny at Deauville last year. She finished second in the Irish 1000 Guineas but could not reproduce that effort in the Coronation Stakes at Royal Ascot. The drop back in distance could bring about some improvement.

The July Cup is due off at 4.40 on Saturday 13th July and will be televised live on ITV.