Aidan O’Brien will become the most successful trainer in the history of the race if he wins for an eighth time. His previous winners include Rock Of Gibraltar (2002), George Washington (2006), Camelot (2012) and Gleneagles (2015). Mister Baileys holds the track record for the 2000 Guineas from 1994 while Rockavon was the longest priced winner at 66-1 in 1961.

Aidan O’Brien once again saddles the favourite with last season’s top rated juvenile, Churchill. The son of Galileo has won his last five races, culminating in the Group 1 Dewhurst Stakes at Newmarket in October. He raced quite keenly that day but still had enough in reserve to beat stable companion Lancaster Bomber by a length-and-a-quarter. The runner-up was second in the Breeders’ Cup Juvenile Turf in November and could re-oppose on Saturday.

Churchill put up his most impressive performance when beating Mehmas by four-and-a-quarter lengths in the National Stakes at the Curragh. That was on an easier surface than he is likely to encounter at Newmarket. He has won on good to firm ground at Leopardstown, although he needed to be driven out to beat Alexios by a neck.

Coral are offering new customers odds of 33-1 about Churchill to win the 2000 Guineas. You must deposit a minimum of £5 when opening the account and bets are restricted to £1 at the special price.

Lancaster Bomber reappeared at Meydan in March where he finished a respectable fourth to Thunder Snow in the UAE Derby over nine-and-a-half furlongs. He has been entered in the Irish Derby and his run in Dubai suggested that he will be better over middle distances.

O’Brien’s entries are completed by Spirit Of Valor, a colt by War Front out of a mare by Grindstone. He was second in a Group 3 in October but was slowly away and finished only eighth in Dubai.

Godolphin look set to run three in the 2000 Guineas with Barney Roy joined by Dream Castle and Top Score. James Doyle rides Barney Roy who was purchased after an impressive juvenile victory at Haydock last season. He raced in the blue of Godolphin for the first time when beating Dream Castle by two lengths in last month’s Greenham Stakes. The son of Excelebration is trained by Richard Hannon who is confident that the colt will improve further at Newmarket.

Silvestre De Sousa rides Dream Castle for Saeed Bin Suroor, a son of Frankel out of a Dubawi mare. He raced quite freely at Newbury and could not respond when challenged by Barney Roy. De Sousa will be keen to get him settled off the pace when he steps up to a mile for the first time on Saturday. The Godolphin team is completed by Top Score, the winner of three of his eleven races. He won a Listed contest at Meydan in February but was well beaten next time. 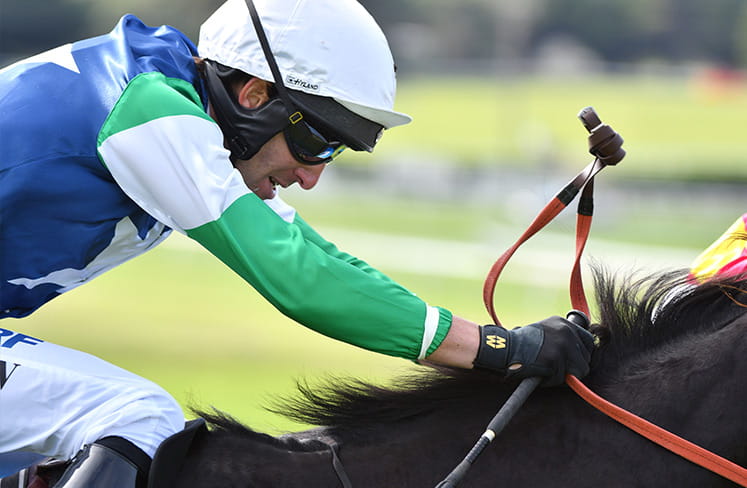 French hopes are carried by Andre Fabre’s Al Wukair, a colt by Dream Ahead out of a mare by Machiavellian. He is unbeaten in three races, most recently winning the Group 3 Prix Djebel at Maisons-Laffitte. He is yet to race on going as fast as this but he is proven over a mile and looks a big threat to the favourite.

The Craven Stakes was won by Eminent by a length-and-three-quarters from Rivet. He is another of the first crop of Frankel out of a Kingmambo mare and will be ridden by Jim Crowley. Eminent was having only his second career start for Martyn Meade and there is plenty of scope for further improvement. The line-up is completed by Larchmont Lad and Law And Order, both of which look held on form.