The feature race at Newbury on Saturday is the Group 1 Al Shaqab Lockinge Stakes over a mile at 3.40.

The Lockinge Stakes has been won by some of the greatest names in turf history including Brigadier Gerard (1972), Kris (1980) and Frankel (2012). Pall Mall (1958-59), Welsh Pageant (1970-71) and Soviet Line (1995-96) were successful on two occasions. Sir Michael Stoute is the leading trainer in the history of the race with seven victories, most recently with Peeress in 2006. Godolphin claimed a record eighth win in the race last year with Ribchester, their fourth winner in the last five years..

Remarkably, Aidan O’Brien has only won the Lockinge once when Hawk Wing ran out a brilliant winner in 2003. He attempts to improve his record in the race by running Rhododendron, Deauville, Lancaster Bomber and War Decree.

Rhododendron missed out on Classic success last year when finishing runner-up in the 1000 Guineas and the Oaks. She gained a well-deserved Group 1 victory in the Prix de l’Opera at Chantilly in October. Wuheida denied her a follow up success in the Breeders’ Cup the following month. Rhododendron reappeared at Longchamp last month when finishing fourth to Cracksman over an extended mile and a quarter. Her best form is arguably over ten furlongs so she could be vulnerable over a mile on faster ground.

Deauville was a fine third at Royal Ascot last summer but his overall form suggests that he is better at ten furlongs. He came up against the in-form Forest Ranger when second in the Earl Of Sefton Stakes last time. Lancaster Bomber finished second to Barney Roy in the St James’s Palace Stakes and also ran well in the Woodbine Mile on fast ground in September. The ground will be in his favour here but he needs to improve on his modest effort at Meydan in March.

Some up-beat reports from trainer Henry Candy has resulted in Limato attracting support this week. The six-year-old is yet to win over a mile but there were valid excuses for both of his previous failures at this trip. He finished fourth to Belardo here in 2016 but Candy felt conditions were against him that day. He was placed in Group 1 sprints last season before signing off with a fluent win over seven furlongs at Newmarket.

Lincoln Handicap winner Addeybb is the unknown quantity of the race, a rapidly improving four-year-old by Pivotal. He confirmed the promise of his Doncaster victory when claiming the Group 2 Bet365 Mile at Sandown last time out. There was plenty of cut in the ground for both of those races so there may be a slight concern on quick ground at Newbury.

Beat The Bank was an impressive winner of the Group 2 Joel Stakes at Newmarket in September. He drew clear to beat Sir John Lavery by five lengths in good to soft ground. He disappointed in the Group 1 Queen Elizabeth II Strakes at Ascot and will be having his first run since.

Zabeel Prince is also going up in class after winning the Listed Doncaster Mile in March. He made the running to repel Born To Be Alive by two and a half lengths in soft ground. He won a York handicap on good ground in October but is yet to race on going as fast as this.

Lightning Spear finished second to Ribchester 12 months’ ago and won the Group 2 Celebration Mile for the second consecutive season. He was not disgraced in the Hong Kong Mile in December and usually goes well fresh. 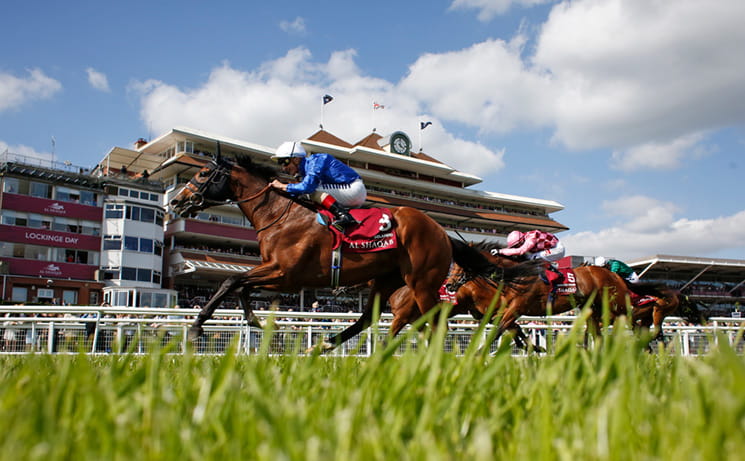 The Lockinge Stakes is due off at 3.40pm at Newbury on Saturday 19th May and will be televised live on ITV.