Fans of Tottenham Hotspur are still unsure when they will be moving back to White Hart Lane. The London club has faced a series of delays in the opening of the new stadium. Some reports state they will spend all season at Wembley.

Tottenham’s journey into their redeveloped White Hart Lane home shows no sign of being completed. Despite newly released pictures of the finishing touches being made to the stadium, there is no official date of when the redevelopment will be open.

Sources close to the club believe the clash with Crystal Palace on 16th March could be the first game played at White Hart Lane. Other media reports have claimed that Tottenham could be forced to stay at temporary home Wembley till the end of the current campaign.

Plans for the redevelopment of White Hart Lane were first confirmed in July 2007 but work didn’t start on the £1 billion stadium until the end of the 2016-17 season. The Premier League game against Liverpool on September 15th last year had been pencilled in as the first game but it soon became apparent closer to the time that this was unfeasible. The club has been criticised in many ways in how they have publicised delays. In early August they still claimed the Liverpool game was realistic but two weeks later the date was moved back to a vague ‘October’. The club cited problems with critical safety systems but wouldn’t elaborate further.

As late as September 1st the club was publically stating their belief that the stadium would be open and hosting matches by the end of October. 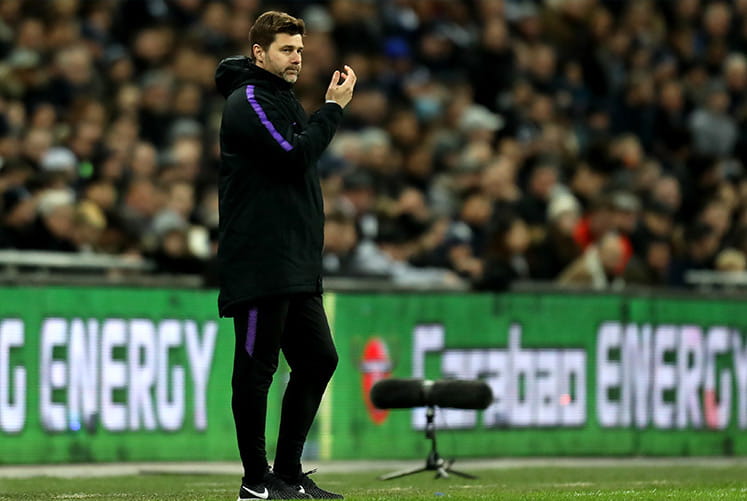 These delays have questioned the role and the effectiveness of chairman Daniel Levy in the new stadium build. A feared negotiator when dealing with transfer offers, the delays in the building of the stadium could hit the club to the tune of £350 million.

Uncharacteristically, the normally shrewd Levy didn’t negotiate a fixed price deal for the building of the stadium, something the FA did when they secured Wembley’s build for a fixed-price of £326.5m. This oversight has seen the original value of £850 million overshot by alleged building costs of £1.2 billion.

Problems with the new stadium could be impacting Tottenham’s title chances on the field. Conspiracy theorists will no doubt draw a coalition between the stadium delays and Tottenham earning the unique distinction of being the first ever team in Premier League history not to buy a player in the Summer transfer window.

Last Summer Levy disputed that the stadium was impacting transfer dealings. Levy claimed that Tottenham’s inactivity was due to the club making a conscious decision not to be drawn into the spiral of escalating transfer fees.

Whether or not the stadium is impacting recruitment, there can be little doubt that the Spurs line-up is looking a bit threadbare. In the weekend’s defeat at Wembley to a resurgent Manchester United, a lack of squad depth was there for all to see. Tottenham have now lost influential player Son Heung-min for international duty with South Korea in the Asian Cup and there was a worrying sight of Harry Kane being in discomfort at the end of the game against United.

Early indications are the England captain could miss four weeks which will hit their Carabao Cup semi-final second leg chances against Chelsea. In that game, Tottenham take a narrow 1-0 lead to Stamford Bridge.

The Premier League title is unlikely but not impossible as Tottenham sit third, nine points behind Liverpool and five behind City. If Tottenham doesn’t buy in this window then the Spurs manager may be forced to question if his team have the numbers to continue to fight on four fronts. A two-legged difficult Champions League clash with Borussia Dortmund looms on the horizon, the away leg follows on the heels of league clashes against Chelsea and Tottenham.