A chance of 3 points for The Citizens

The Swans are on a nightmare run of 4 defeats in their last 5 Premiership matches. The Swans lost to Leicester 0-3 at The Liberty Stadium in the 15th round and showed they have big problems in defence. They tried to keep Jamie Vardy quiet, but Mahrez was on fire and scored a hat-trick in their net. Swansea were also very unlucky, they hit the post twice in the match.

Manuel Pellegrini tried to explain after the defeat to Stoke 0-2, that occasional losses happen, but when a team is defeated in 3 of 5 matches it just can’t be accidental! Manchester City have conceded 9 goals in their last 5 matches (all competitions). This upcoming fixture against Swansea is a great opportunity for The Citizens to come back to winning ways.

Furthermore, Manchester City have recorded 6 home victories of 6 games against Swansea. In addition, The Swans have scored in City’s net only twice. So, no matter what the form of the teams are, Man City traditionally win against The Swans. Can Swansea record an historical victory at The Etihad Stadium?

The only injured player for Swansea is Franck Tabanou, but he is not a key player. Tabanou hasn’t played in a single match this season.

Sergio Aguero is injured again. This time, the Argentinian is suffering from a heel injury and won’t take part in the match.

Pellegrini will have a hard time in picking his starting XI. Toure, Zabaleta, Kompany, Nasri and Roberts are also injured.

Wilfried Bony will surely start the match for Manchester City. The Ivorian has scored only twice this season, but there isn’t a good option for his replacement.

Manuel Pellegrini (Manchester City) :
“On the positive side we are still in all four competitions.” 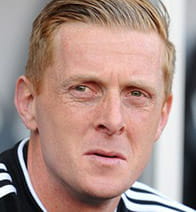 Garry Monk (Swansea) :
“I have never quit anything in my life – I will fight as hard as I can because I want the club to do well and I want to bring success.”