Looking Ahead to the ICC Champions Trophy

Between the 1st and 18th June, the world’s finest cricketing nations will compete for the coveted ICC Champions Trophy in England and Wales.

This is one of the top events in the international cricketing calendar, while it is also a tournament in which England will hope to leverage home advantage and win their first ever 50-over championship.

This article will appraise their chances, and look at which other teams are likely to compete for the top honour.

England Are the Favourites, But is This Justified?

The latest bookmaker odds have certainly made England favourites, and this has much to do with their exciting crop of young players and the fact that visiting teams tend to struggle with playing conditions in the UK. This is especially relevant during the early months of summer, when the ball is likely to swing excessively in overcast and occasionally humid conditions.

While the Three Lions may be well-backed at 11/4, however, there is no guarantee that they will prevail at The Oval on June 18th. England are currently only ranked as the fifth best one-day team in the world, for example, with South Africa, Australia, New Zealand and India ahead of them. Top-ranked South Africa also represent excellent value at odds of 4/1, while they will also benefit from the advantage of playing a short, one day series in England in May.

There is also an argument that England’s competitive edge will be negated by the relatively short, 50-over format and the range of overseas players who are currently plying their trade in the County Championship. After all, shorter boundaries and the aggressive nature of batsmen makes it difficult for bowlers to swing the ball off a full length in the 50-over game, while many of the games’ stars have become increasingly accustomed to operating in distinctly English conditions. 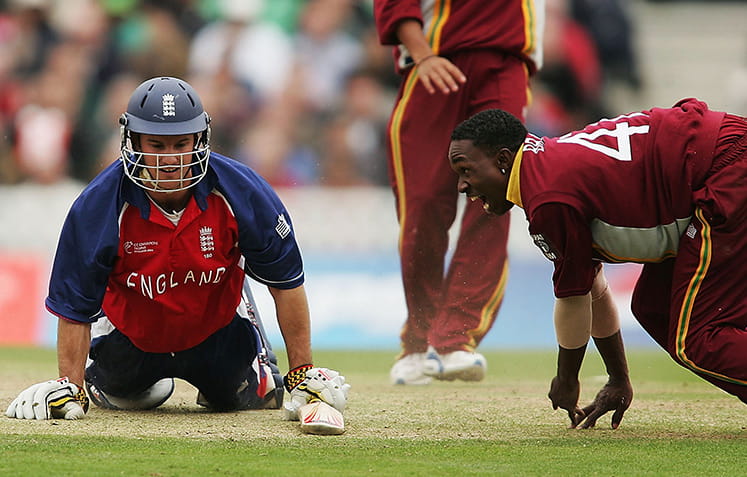 Will England Be Haunted By Past Failures?

Perhaps the biggest challenge facing the Three Lions will be whether or not they can improve on past performances at major tournaments, with their failure to win a one day international tournament weighing heavy on their shoulders. This was evident in the now infamous 2004 ICC Trophy final, when England entertained the West Indies at The Oval and restricted their visitors to 147/8 in pursuit of 218 to win. England’s bowlers choked, however, triggering an unbeaten ninth wicket stand of 71 that delivered the most unlikely of triumphs to Brian Lara’s men.

This is a memory that England will be desperate to exorcise this time around, but it is also one that could inhibit them during the latter stages of the tournament. With this years’ final also at The Oval, England could well struggle to overcome this psychological hindrance as well as the quality of the opposition in front of them. Even allowing for the youthful and expressive nature of England’s team, efforts must be made to fully prepare the side for the mental rigours of competition.

As Chris Woakes says, this is England’s best chance to win a major 50-over tournament in more than a decade. Whether they can capitalise on this has yet to be seen, while bettors may feel as though there are superior value options in the current betting market.