The big betting race at Newbury on Saturday is the £70,000 London Gold Cup for three-year-olds over ten furlongs.

Masaarr the early favourite at Newbury

Roger Varian and Andrea Atzeni team up with likely favourite Masaarr, a colt by Distorted Humor out of a Galileo mare. He got off the mark when beating Magnificent in a Doncaster handicap over a mile earlier this month. He did not get his nose in front until the final 50 yards so should appreciate the step up in distance on Saturday.

Clive Cox is represented by top weight Connect and recent winner He’s Amazing. Connect won a Listed race as a two-year-old and was not disgraced in the Greenham Stakes last time. The seven furlongs was on the sharp side for a colt who won over a mile as a juvenile.

He’s Amazing was a narrow winner at Newmarket over this distance, getting the better of Midnight Wilde by a short-head off an official rating of 82. He will be racing off a 6lbs higher mark at Newbury with Tom Marquand in the saddle. Loyal Promise finished a fair third at Windsor first time out this season but this looks a much stiffer contest.

Sir Michael Stoute saddles Mekong, a colt by Frankel out of a Tiger Hill mare who was placed in Listed company over a mile and three-quarters. He shaped with promise as a juvenile but was always likely to come into his own over longer distances. Mekong got off the mark over ten furlongs in heavy ground at Leicester last month, beating stable companion Baritone. The runner-up ran respectably at Chester last week and Mekong is rated 85 for his handicap debut.

Hugo Palmer has booked Frankie Dettori to partner Dukhan for Al Shaqab Racing. The colt was beaten nearly three lengths behind He’s Amazing at Newmarket where he started favourite. Dukhan is now 5lbs better off with the winner. He can get a little revved up before his races and is likely to be taken down early to the start.

Kieran Shoemark rides Chief Ironside for William Jarvis, a son of Lawman out of a Rainbow Quest mare. He lost his maiden tag when beating Infrastructure by three lengths at Chester last week with Baritone back in fourth place. Shoemark kicked clear off the home turn that day and never looked likely to be caught. He does not look harshly treated, being set to concede 3lbs to Mekong.

Mark Johnston is represented by Communique and Poet’s Prince. Communique was beaten four lengths by Dubhe at Sandown last time out. He has plenty of stamina in his pedigree and holds Glencadam Master on that form. Poet’s Prince won well at Chepstow having previously finished second to Completion at Redcar.

Master Of Wine was gelded in the autumn and returned to action with a victory at Epsom. He only had to be pushed out to beat Simoon comfortably and sneaks in here with a very light weight. Hayley Turner returned to the big time when winning last week’s Victoria Cup at Ascot. She will be optimistic of another good ride aboard Andrew Balding’s lightly-raced gelding. 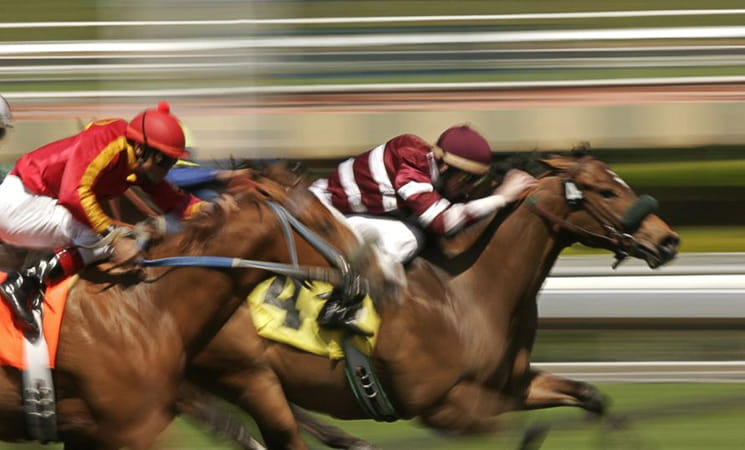 The London Gold Cup is due off at 3.00 at Newbury on Saturday 19th May and will be televised live on ITV.