The 3.00 race at Newbury on Saturday is the £70,000 London Gold Cup, a handicap for three-year-olds over a mile and a quarter. This race is often a useful guide to the big handicap races at Royal Ascot in June. Last year the race was won by Mark Johnston’s Communique who recently won the Group 2 Jockey Club Stakes at Newmarket.

Sir Michael Stoute saddles Solid Stone, a colt by Shamardal. He started the season with a hard fought success at Newmarket, holding War Tiger by half a length. The handicapper has raised him 6lbs for that victory and the third horse has been well beaten since. War Tiger re-opposes on the revised terms but was race-fit from the all-weather going into Newmarket and may not have as much improvement in him.

John Gosden and Frankie Dettori team up with Forest Of Dean, a comfortable winner at Doncaster last month. He was only a neck behind Solid Stone at Newcastle in November but is 2lbs worse off on Saturday. Forest Of Dean has gone up 8lbs for his Doncaster win but was in control of that race from a long way out.

Sinjaari is a colt by Camelot trained by William Haggas and got off the mark in a Windsor maiden last time. That followed a promising debut run behind Private Secretary at Redcar. The winner has since won comfortably off a mark of 83 at Sandown so Sinjaari could be well treated here with a rating of 89.

The Andrew Balding stable have made a fast start to the new season and he relies on Good Birthday, a son of Dabirsim. He won a Newbury novice race in October and reappeared to win a Doncaster handicap in March under Silvestre de Sousa. The handicapper has not taken any chances by raising him 8lbs for his victory over Red Bond.

Roger Charlton saddles top weight Headman, a son of Kingman out of a mare by King’s Best. He won on his debut at Newcastle before being beaten at odds-on at Kempton in November. He raced far too keenly when only sixth on his reappearance at Newbury last month and will improve once he learns to settle.

Roger Varian is another trainer to have his horses fit and ready to run this season. His representative is Mackaar who was only fourth at Epsom behind Cape Of Good Hope at Epsom last time. He looks as though he will struggle to win off a mark of 92 in such a competitive race as this.

Richard Hannon’s Riviera Nights won at Brighton and Ripon in the Autumn and ran with promise in a conditions race at Kempton in April. The winner of that race was Name The Wind who was outclassed in the 2000 Guineas at Newmarket. The runner-up Senza Limiti finished a respectable eighth in the French Guineas at Longchamp last weekend.

Mark Johnston has two shots at winning the race for the second consecutive season with The Trader and Sky Defender, ridden by James Doyle and PJ McDonald respectively. Sky Defender won by two lengths at Bath recently and is only 4lbs higher. He is likely to race up with the pace and looks the more dangerous of the two. 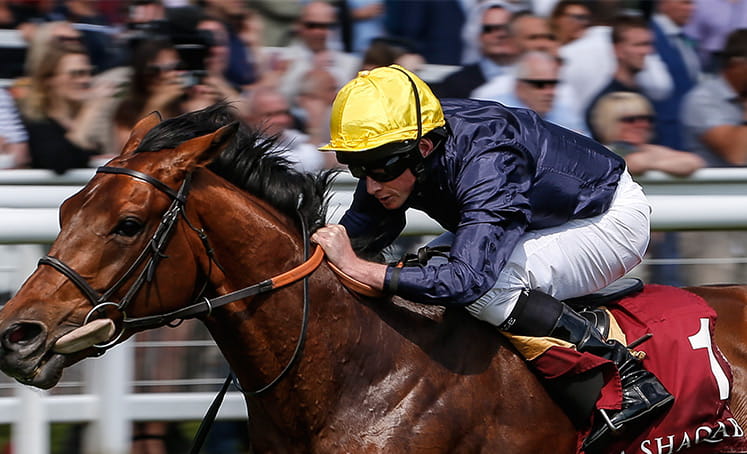 The London Gold Cup is due off at 3.00 at Newbury on Saturday 18th May and will be televised live on ITV.