The feature race at Lingfield Park on Saturday is the Listed Betfred Derby Trial over a mile and a half.

The race produced three subsequent Epsom Derby winners in the 1980’s with Teenoso (1983), Slip Anchor (1985) and Kahyasi (1988). High-Rise also completed the double in 1998 but the quality of the winners here has dipped in more recent times. Aidan O’Brien has won the race four times in the past ten years, most recently with Kilimanjaro in 2015.

Kew Gardens carries a 3lbs penalty for winning the Listed Zetland Stakes at Newmarket in October. He made all of the running that day before drawing clear of Dee Ex Bee to win decisively. The runner-up finished a close second in the Chester Vase on the opening day of the meeting. That race was over ten furlongs and the pedigree of Kew Gardens certainly suggests he will come into his own over this distance. He returned to Newmarket for the Listed Feilden Stakes last month but could finish only third behind Mildenberger.

That was a slightly disappointing effort but he still holds a Derby entry. He has also been entered for the mile and three-quarters Queen’s Vase at Royal Ascot so O’Brien can have few concerns about his stamina.

Harry Dunlop saddles Knight To Behold, a son of Sea The Stars out of a mare by Sadler’s Wells. He just failed to catch White Mocha on his racecourse debut at Newbury in September before winning a Newmarket maiden. The runner-up that day was Bow Street who has been well beaten twice in handicaps this season.

Dettori aboard Corelli at Lingfield

John Gosden’s only previous victory in this race came with Percussionist in 2004. His representative this season is Corelli, a colt by Point Of Entry out of a Diesis mare. He got off the mark when winning narrowly on the all-weather at Wolverhampton in November. Corelli comfortably beat two rivals next time when winning a Yarmouth Novice Stakes by two and a half lengths. He is one of four possible Derby runners trained by Gosden who also has Roaring Lion, Crossed Baton and Sevenna Star.

Richard Hannon relies on Star Of Southwold, a comfortable winner at the Newmarket Craven meeting. He led two furlongs out before running on strongly to beat Stream Of Stars by three and a quarter lengths. Star Of Southwold started at 28-1 at Newmarket and this represents a big step up in class.

King And Empire is a colt by Intello out of a Grand Lodge mare trained by Ian Balding. He made a winning debut in a modest maiden at Kempton in October, beating Coolongolook by a length. He won with a bit in hand that day and is currently a 66-1 shot for Epsom. Karl Burke went close to landing his first Classic in last weekend’s 1000 Guineas at Newmarket. His entry here is Wax And Wane, twice a winner in heavy ground last winter.

Thrave looks the pick of the remainder, a winner over seven furlongs at Newmarket in September and now stepping up in distance. He is by 2006 Derby winner Sir Percy whose progeny invariably have plenty of stamina. 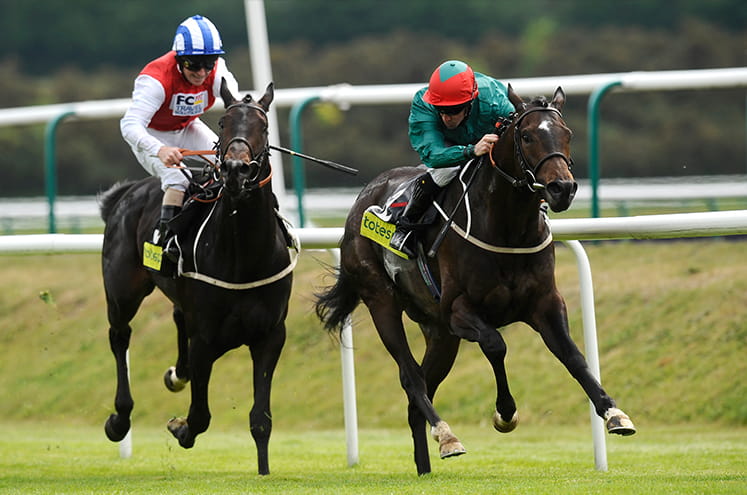 The Lingfield Derby Trial is due off at 2.30pm on Saturday 12th May and will be televised live on ITV4.