The new flat turf season gets under way at Doncaster on Saturday where the feature race is the Lincoln Handicap over a mile. This traditional curtain raiser is often something of a minefield for punters with recent long priced winners including Brae Hill (2012) at 25-1 and Ocean Tempest (2014) at 20-1. Auxerre became the first winning favourite since 2011 when scoring in 2019 for Charlie Appleby and James Doyle. The race was lost to the pandemic in 2020. 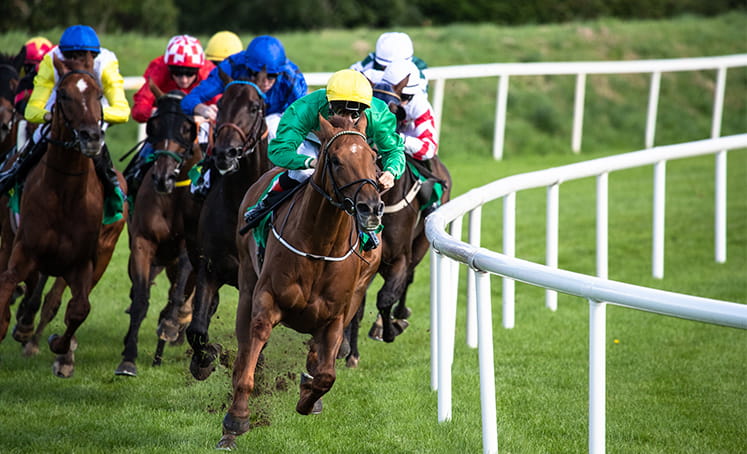 Charlie Appleby also trained Secret Brief to win here in 2016 and bids for a third win in five runnings with ante-post favourite Eastern World. He was rated 94 last season when finishing behind Brunch at York and Haqeeqy at Doncaster. The son of Dubawi was gelded in September and re-appeared to win comfortably at Meydan last month. A penalty takes him up to an official rating of 98 on Saturday but the style of his victory suggests he is ahead of the handicapper.

Haqeeqy represents the John and Thady Gosden stable and has also attracted plenty of support. He ended his three-year-old campaign on a winning note here in September, beating Cold Front by a length and a half. He has also been gelded in the close season and will be ridden by 7lbs claimer Benoit de la Sayette. The young apprentice only rode his first winner at the end of last year but has been earning the plaudits on the all-weather.

Brentford Hope cruised to victory under a confident Jamie Spencer at Haydock in heavy ground in October. The son of Camelot had won over ten furlongs on his racecourse debut at Newmarket in October 2019 and was placed over a mile and a half the following season. He has gone up 8lbs but the drying ground at Doncaster is more of a concern.

Owen Burrows enjoyed a good season in 2020 and looks to Danyah to get the ball rolling this year. The four-year-old won here over seven furlongs last summer before finishing third to River Nymph at Newbury. He ended the season by winning a Haydock handicap over a mile off a rating of 93 and is up 5lbs this weekend.

King Ottokar In The Notebook After Unlucky Ascot Run

Clive Cox saddles River Nymph who is weighted to confirm Newbury form with Danyah. He was an impressive two and a half length sinner that day with Danyah beaten over 7 lengths into third. River Nymph is only 6lbs worse off with that rival but is yet to prove that he stays a mile. He was well beaten over this trip on his final start at Ascot in October.

King Ottokar was regarded as a Classic contender earlier in his career, finishing fourth in the Chester Vase and third at Royal Ascot. He has proved disappointing but has shown glimpses of form in competitive handicaps here and at Ascot. On both occasions his rider reported that he had been unlucky in running. The most recent of those was behind Njord in October, form which gives him the clear beating of River Nymph.

Brunch started last season with a rating of 76 but is now 24lbs higher after victories at Newcastle and York (twice). He was beaten a short-head by Johan at Ayr when attempting a hat-trick in September. He is 7lbs better off with the winner so is entitled to reverse that form. You can safely ignore his latest defeat on heavy ground at Newmarket and he won on his seasonal debut last season.

Grove Ferry carries a 5lbs penalty for a win on the all-weather at Lingfield last month. Andrew Balding has booked 5lbs claimer William Carver to nullify the penalty. Ascension won over seven furlongs at Ayr last September but was twice beaten at Leicester subsequently. The grey needs to find some improvement off his present mark. Born To Be Alive is another with a penalty for a recent win at Wolverhampton. The seven-year-old was runner-up to Zabeel Prince in the Doncaster Mile in 2018.

Ouzo finished a respectable fifth behind Montatham and Sir Busker at York in August, one of the hottest handicaps of the season. He did not stay ten furlongs at Newbury next time but finished the season on a winning note with a battling win at York in October. He is up 5lbs but could run well at a big price.

The Lincoln Handicap is due off at 3.10 at Doncaster on Saturday and will be televised live on ITV.