The big betting race at Kempton Park on Saturday is the Lanzarote Handicap Hurdle over an extended two and a half miles. The race is named after the 1974 Champion Hurdle winner who won the Christmas Hurdle at Kempton on two occasions.

The race was originally run over two miles but the distance was increased in 2007 and it is now established as one of the top staying handicap hurdles of the season. Paul Nicholls and Nick Williams have each won the race three times at the longer trip. Last season the prize went to Big Time Dancer, trained by Jennie Candlish and ridden by Jonjo O’Neill Jnr. 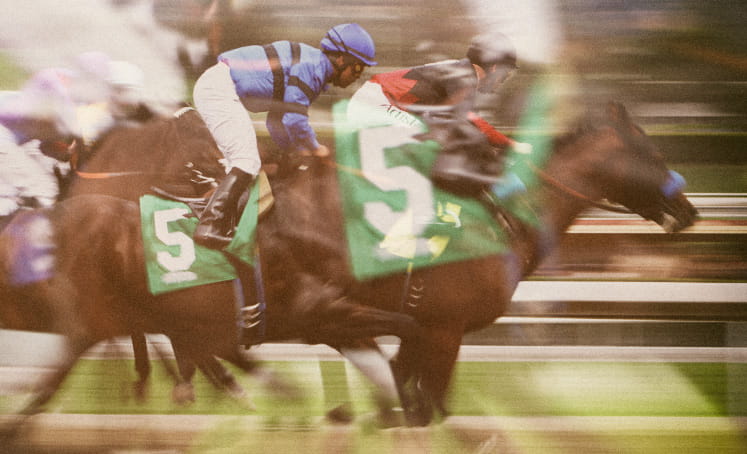 Olly Murphy’s Notre Pari is the market leader, a decisive winner of a handicap hurdle at Aintree last month. He has shown improved form in his last couple of races and has been put up 8lbs as a result. The second, third and fourth at Aintree have all been beaten since but Notre Pari still races off a good weight and is proven at the distance.

Nicky Henderson saddles Burrows Edge, beaten a neck by Erick Le Rouge over course and distance last February. He was a beaten favourite here the following month and his chasing career has been put on hold after a fall at Ludlow in December. He remains on a winning mark and must be respected.

Henderson also runs Theinval, better known for his exploits over fences. His rider reported that he was never travelling when pulled up at Cheltenham last month so this could be a confidence-booster back over hurdles.

Dan and Harry Skelton team up with easy Hereford winner Northofthewall. The six-year-old bounded clear to win by 11 lengths to register his first career success. He had been well beaten behind Mason Jar at Ascot in November off a mark of 120 and is now up 6lbs.

Burrow Park is another possible improver, beaten ten lengths by Chti Balko at Bangor-on-Dee before winning at Hereford in soft ground. He made the running that day but took a long time to get the better of the persistent Ballyellis. The runner-up has since been beaten in a Leicester handicap but Lucy Turner’s 7lbs claim should help his prospects.

Vive Le Roi unseated his rider at Aintree in November but bounced back with a good third at Newbury over three miles. That was a very game effort under 11st 11lbs and he is likely to race prominently this weekend.

Larkbarrow Lad beat The Vollan by a length at Worcester in a novices’ handicap hurdle in October. The runner-up was well beaten here next time and the Philip Hobbs trained winner has gone up 8lbs. Tight Call was fourth at Market Rasen in October but both he and Larkbarrow Lad have had a wind operation since their last run.

The best of the outsiders could be Debestyman, despite running from 8lbs out of the handicap. He has caught the eye in his last two races over three miles, notably when fifth to Goodbye Dancer at Cheltenham. This shorter trip could see him in a better light.

The Lanzarote Handicap Hurdle is due off at 2.40 at Kempton Park on Saturday 11th January and will be televised live on ITV4.