The big betting race at Kempton Park on Saturday is the Lanzarote Handicap Hurdle over two miles and five furlongs at 2.40.

The race is named in memory of the 1974 Champion Hurdle winner and was originally over two miles. It was extended to its current distance in 2007 and is now one of the most prestigious staying handicaps of the season. Nick Williams has trained the winner three times since it became a stamina test, most recently with Tea For Two in 2015. Venetia Williams was successful last year with Yala Enki who beat Westren Warrior and Ibis Du Rheu.

The going is officially described as good to soft, although there is some wintry weather forecast over the next couple of days. Paul Nicholls has two entries and they occupy the top two places in the handicap.

Old Guard is set to take a drop in class after finishing third to The New One at Cheltenham last month. He began the season in novice chases but Nicholls elected to revert to hurdling after he scraped home in a modest event at Exeter in October.

Modus was placed in the William Hill Hurdle and the Greatwood Hurdle before running moderately at Ascot. He has won over two miles and three furlongs in novice grade but is unproven at the trip. Sam Twiston-Davies will ride Old Guard with Barry Geraghty taking the reins aboard Modus.

Bennys King has been backed in the ante-post market to provide Venetia Williams with a second consecutive win in the race. He has gone up 6lbs for a recent win at Uttoxeter while Doesyourdogbite also carries a penalty for his course and distance win on Boxing Day. He was held up at the rear of the field by Aidan Coleman before sweeping through to beat Spiritofthegames and Dell’Arca by two lengths and a length.

Fergal O’Brien saddles Lord of The Island who was still going well when falling heavily at Exeter on New Years’ Day. He has won over this trip in the past and could be a contender off his current handicap mark. 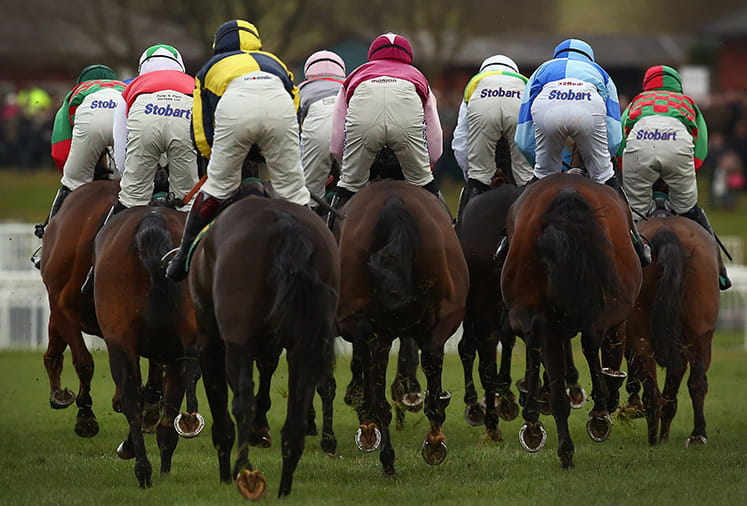 Sam Red could have his first start for Dan Skelton since joining the stable from Ireland. He has only a maiden hurdle win at Navan to his credit so far and has not raced since finishing fourth at Killarney in May. Fountains Windfall won a maiden hurdle at Fontwell that month but is yet to race beyond two miles and a furlong.

Jaleo won at Lingfield last month on his first start for Ben Pauling. He has gone up 7lbs as a result but came from off the pace that day to wear down Loves Destination. He was formerly with Jim Bolger and John Ferguson and there could still be improvement in the son of New Approach.

Kalondra also won last time out when beating Abbreviate by a length at Ascot over a similar distance. He was given a confident ride by Sean Corby, pouncing on the run-in to win with a bit in hand. He has gone up 8lbs for that success but is another to consider in a wide open race.

The Lanzarote Handicap Hurdle is due off at 2.40 on Saturday and will be screened live on ITV4.