The big betting race at Newbury on Saturday is the £250,000 Grade 3 Ladbrokes Trophy Chase over three miles and a furlong. This is one of the most prestigious handicap chases of the season and was formerly known as the Hennessy Gold Cup.

The Ladbrokes Trophy often features potential Cheltenham Gold Cup horses. Nine horses have gone on to win both races during their careers while Many Clouds (2014-2015) went on to win the Aintree Grand National. There have been three dual winners; Mandarin (1957, 1961), Arkle (1964, 1965) and Denman (2007, 2009). Last year’s renewal was won by Colin Tizzard’s Sizing Tennessee who defeated Elegant Escape and Dingo Dollar. 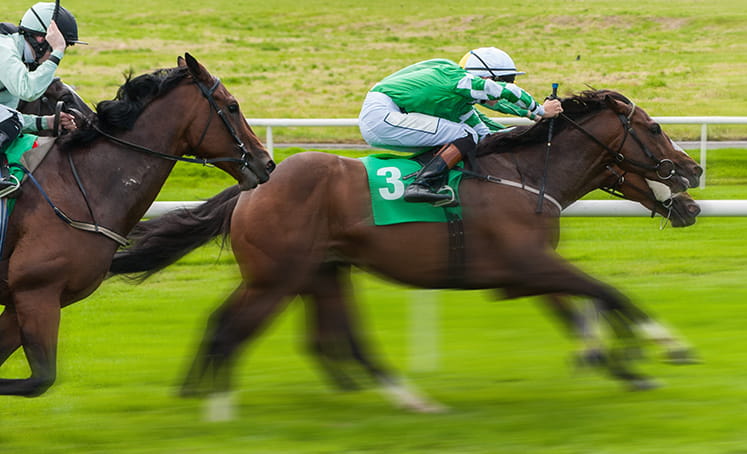 The ante-post favourite is Nicky Henderson’s OK Corral, not seen since being pulled up at the Cheltenham Festival in March. He was a high class staying hurdler, finishing runner-up in the Albert Bartlett Novices’ Hurdle in 2018. This will be only his fourth start over fences and the 263-day absence is a concern. Several of Henderson’s seasonal debutants have run as though they will be much sharper for the outing.

Stable companion On The Blind Side does have the benefit of a recent run, finishing fourth to Vinndication in a valuable handicap chase at Ascot. He was never close enough to land a blow but was noted putting in some good late headway and has attracted solid each-way support. He has one victory from five starts over fences.

Total Recall landed a big gamble when scoring for Willie Mullins here in 2017 and he has another likely candidate in Cabaret Queen. She won the Munster National in a canter at Limerick in October in heavy ground and has been put up 20lbs as a result. Total Recall overcame a similar hike in the weights two years’ ago and Mullins would not be running her unless he thought she was up to the task.

Emma Lavelle’s De Rasher Counter is prominent in the betting, a comfortable winner at Uttoxeter in March. He will have been sharpened up by a spin over hurdles last month but is 9lbs higher in the handicap.

Elegant Escape bids to go one better for Tizzard

Colin Tizzard will bid for his third victory in four years following Native River (2016) and Sizing Tennessee (2018). His challenge is led by last year’s runner-up Elegant Escape, a game winner of the Welsh Grand National in December. He is 9lbs higher than 12 months’ ago but shaped encouragingly behind Ballyoptic in the Charlie Hall Chase at Wetherby recently.

Mister Malarky was among the better novice chasers last season, finishing fourth at Cheltenham and second at Aintree. He showed a liking for Newbury when winning here in January but was tailed off on his reappearance at Ascot. West Approach has always had plenty of ability and is finally fulfilling his potential over fences. He was given a confident ride by Robbie Power when winning at Cheltenham recently and is due to go up a further 4lbs in future races. He is closely matched with The Conditional who beat him in testing conditions in October.

Gordon Elliott’s Borice won the valuable Galway Plate in July and is up 11lbs on Saturday. The gelding had won his previous two starts over hurdles and is a winner in testing conditions in France. Alan King saddles Dingo Dollar who is 2lbs lower than when finishing third last season. He was touted as a possible Grand National horse last year but his subsequent form was slightly disappointing.

It is difficult to see veterans Joe Farrell, Regal Encore and Carole’s Destrier being quick enough to win this. Yorkhill seems to be a light of former days and Yala Enki has plenty of weight on his first start for the Paul Nicholls yard. He was previously with Venetia Williams and was a wide margin winner of the Haydock Grand National Trial in heavy ground last year.

The Ladbrokes Trophy is due off at 3.00 at Newbury on Saturday 30th November and will be screened live on ITV.