The feature race at Newbury on Saturday is the £250,000 Ladbrokes Trophy Chase over three and a quarter miles.

Traditionalists will be squirming at the loss of the title “Hennessy Gold Cup”, for so long associated with the first top class staying chase of the season. The inaugural running was back in 1957 when Mandarin won for race sponsor Peggy Hennessy. The association with Hennessy lasted exactly sixty years with the race being won by some true legends of the turf.

2015 Cheltenham Gold Cup winner Coneygree is set to carry top weight this year. Mark Bradstock’s ten-year-old won the Gold Cup as a novice but has subsequently been plagued by injury problems. He was having only his fourth race since Cheltenham when pulled up at Wetherby earlier this month.

Nicky Henderson’s Whisper is the closest to him in the handicap and will carry a 4lbs penalty for a recent win at Kempton. That was over an extended two and a half miles and was probably on the sharp side for him. Whisper was beaten a nose in an epic duel with stable companion Might Bite in the RSA Chase last season, often a good pointer to this contest.

American is among the favourites for the Ladbrokes Trophy despite a lengthy absence. The seven-year-old has not been seen since winning at Uttoxeter in March. He is trained by Harry Fry who has his stable in terrific form, boasting a 40% strike rate in the past fortnight. However, even that has included a couple of notable disappointments in Kylemore Lough and Minella Awards.

Last year’s runner-up Carole’s Destrier returns for Neil Mulholland. The gelding was beaten only half a length by Native River last year off a mark of 148. He is now 6lbs higher and has not raced since finishing a tired ninth in the Welsh National almost a year ago.

Willie Mullins is yet to win the race but saddles market leader Total Recall. The eight-year-old beat Alpha Des Obeaux by seven lengths on his first run for the yard. The son of Westerner had looked fully exposed as a novice but improved significantly to win at Limerick last month. The handicapper was sufficiently impressed to raise him by 18lbs in the weights.

Noel Meade’s A Genie In Abottle is another potential improver, a winner at Wexford last time. The six-year-old beat Tiger Roll in soft ground where he made all the running. He is only 2lbs higher on Saturday and any further rain would improve his prospects. 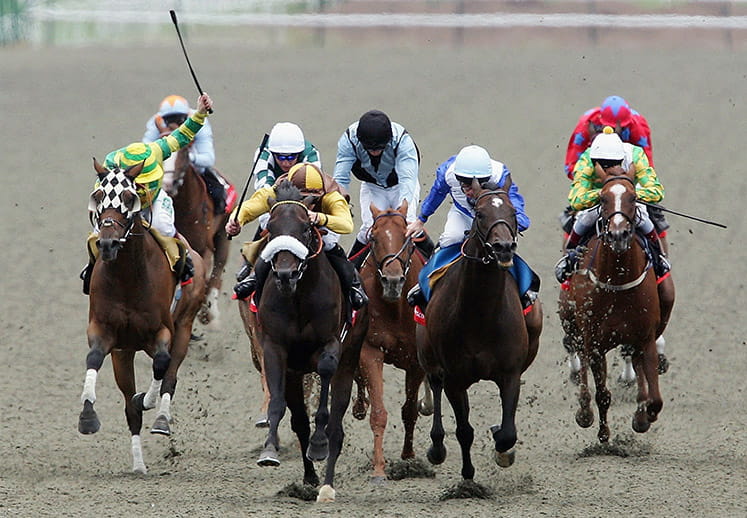 Singlefarmpayment is also prominent in the betting for Tom George. The seven-year-old should strip fitter for his run behind Cogry at Cheltenham in October. He had previously been beaten a short-head at the Festival meeting in March and he is now 5lbs higher.

Cogry is a dour stayer and was beaten a neck by Vicente in the Scottish National in April. Nigel Twiston-Davies did well to have him fit enough to win at Cheltenham first time out and he will carry 6lbs more, less the 3lbs claim of Jamie Bargary.

Vyta Du Roc was also narrowly denied a major prize last season in the Bet365 Gold Cup at Sandown. He was edged out by rank outsider Henllan Harri that day and has been given a recent pipe-opener over hurdles. He finished sixth in this race a year ago after a similar preparation.

The Ladbrokes Trophy is due off at 3.00 at Newbury on Saturday 2nd December and will be televised live on ITV.