The 2.25 race at Newbury on Saturday is the £50,000 Ladbrokes Intermediate Hurdle, a listed contest over two miles. The race is restricted to horses which had not won a race prior to April 29th last year. Last year’s race was won by Global Citizen, subsequently successful in the Haydock Champion Hurdle Trial in January. 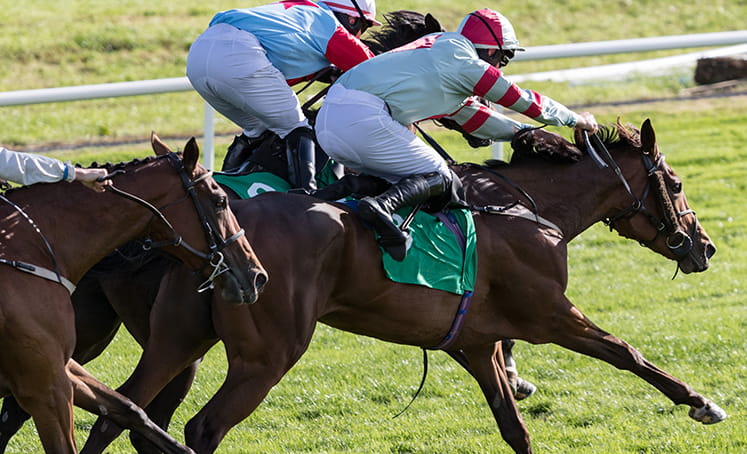 Bookmakers have chalked up Nicky Henderson’s Epatante as the ante-post favourite. The mare started a well-backed favourite for the Dawn Run Novices’ Hurdle at the Cheltenham Festival in March but faded to finish ninth of the 22 runners. She had won her previous two starts over hurdles in good style and looks capable of stepping up from her current rating of 137.

Henderson could also run French Crusader, a six-year-old gelding by Kapgarde. He must overcome an absence of just over a year and starts from 2lbs lower than his stable companion. French Crusader was last seen winning by eight lengths here but has presumably had his training problems since. Elusive Belle completes the Henderson entries, well beaten in the Dawn Run but a comfortable winner at Warwick on her final start in April.

Lucy Alexander rides Elvis Mail, a winner at Ayr recently in soft ground. The grey was a good novice last season, winning twice at Kelso and finishing a respectable third in a Grade 2 at the same track in March. He is penalised 6lbs for his latest win.

Scarlet Dragon is a five-time winner on the flat and has won twice from six starts over hurdles for Alan King. A great deal was expected of him in his novice season but he proved difficult to settle. He showed the same trait when winning at Market Rasen in September, providing jockey Wayne Hutchinson with is final winner before retirement.

Dan Skelton saddles Antunes, raised 9lbs for an impressive ten lengths success at Wetherby in October. He showed potential last season, notably with an effortless win at Uttoxeter in soft ground and a close third here in March.

Christopher Wood was rated 85 on the flat when trained by Michael Bell and won his first two races over hurdles for Paul Nicholls. He was beaten just over six lengths by the Triumph Hurdle winner at Aintree but ran poorly at Haydock next time. He reappeared to finish fourth to Champion Hurdle hope Fusil Raffles at Wincanton following wind surgery.

Stable companion Birds Of Prey was fancied for the abandoned November Handicap after a pipe-opener over hurdles at Kempton. He stays two and a half miles over hurdles and should strip fitter on Saturday. Scaramanga finished a long way adrift when eighth to Torpillo at Chepstow in October. The loss of his right hind-shoe during the race was put forward as a possible explanation.

Fanfan Du Seuil has nearly nine lengths to make up on Elvis Mail from Ayr. He posted a career-best when fifth in the Fred Winter Hurdle at the Cheltenham Festival and races off a 3lbs lower mark here. The son of Racinger had travelled nicely to the third last at Ayr and should finish closer to the winner on the revised terms.

The Ladbrokes Intermediate Hurdle is due off at 2.25 at Newbury on Saturday 30th November and will be televised live on ITV.