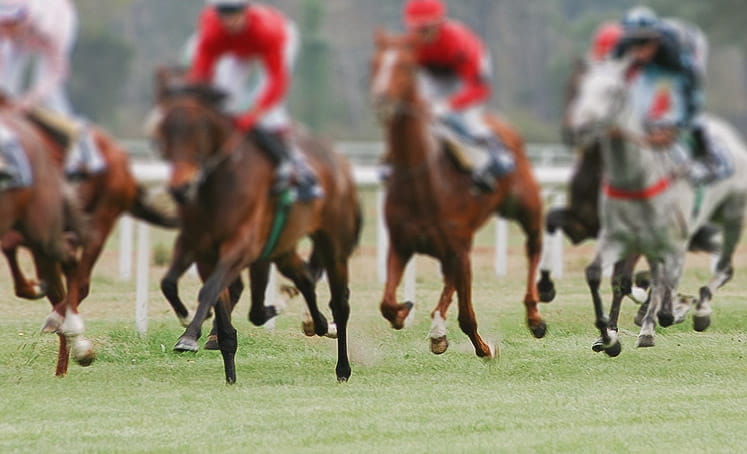 Bookmakers have installed Enable as the odds-on favourite following her impressive victory in the Coral Eclipse Stakes. That race was over ten furlongs and was her first start since winning the Breeders’ Cup Turf at Churchill Downs in November. John Gosden’s mare repeated her three-quarters of a length victory over Magical, despite meeting that rival on 4lbs worse terms.

The Eclipse win extended her winning sequence to ten, including back-to-back successes in the Prix de l’Arc de Triomphe. An unprecedented third win in that race is her main target but this race fits perfectly into her schedule. She won this race in 2017 and bids to become the first horse in history to win the race in non-consecutive years. All ground seems to come alike to her and Frankie Dettori is riding on the crest of a wave at present.

Crystal Ocean finished runner-up in this race 12 months’ ago behind stable companion Poet’s Word. That was a record sixth win in the race for trainer Sir Michael Stoute. Crystal Ocean finally gained his first Group 1 victory when winning the Prince Of Wales’s Stakes at Royal Ascot last month. He overcame the testing conditions to beat Magical by a length and a quarter.

He has certainly improved since being comprehensively beaten by Enable at Kempton in September 2018. It is also worth noting that he was attempting to concede 8lbs to the mare when beaten three and a half lengths. James Doyle comes in for the ride on Saturday.

Anthony Van Dyck bids to bounce back from Curragh defeat

The race also features a clash of generations as Epsom Derby winner Anthony Van Dyck spearheads Aidan O’Brien’s challenge. The Lingfield Derby Trial winner was not the most fancied of the Ballydoyle runners at Epsom but swept through on the inside to beat Madhmoon by half a length.

He confirmed the form with that rival in the Irish Derby but could not peg back stable companion Sovereign. The winner had been well beaten at Epsom but was given an enterprising ride at the Curragh and never looked like being caught.

O’Brien will also be represented by Magic Wand, Hunting Horn and Norway. Magic Wand put up a solid effort when runner-up to Iridessa in the Pretty Polly Stakes last time. That form was subsequently let down by the winner in the Irish Oaks.

One of the most improved performers in the field is Roger Varian’s Defoe, a surprise winner of the Coronation Cup at Epsom. The grey followed up in good style when repelling the late challenge of Nagano Gold in the Hardwicke Stakes at Royal Ascot. He is better than ever at the age of five but this is by far his toughest test.

The best of the rest is Waldgeist, trained in France by Andre Fabre. He was less than two lengths behind Enable in last season’s Arc but was never in factor behind Crystal Ocean at Royal Ascot. That fast ground looks certain to be against him this weekend.

The King George VI and Queen Elizabeth Stakes is due off at 3.40 at Ascot on Saturday 27th July and will be televised live on ITV.