The highlight of the Boxing Day card at Kempton is the Grade 1 32Red King George VI Chase over three miles at 3.15.

The King George is one of the most prestigious chases in the racing calendar and attracts leading Cheltenham Gold Cup contenders. The great Desert Orchid won the race four times between 1986 and 1990. That remarkable record was surpassed by Kauto Star with five victories between 2006 and 2011. Other notable winners include Wayward Lad (1982, 1983 and 1985) and One Man (1995 and 1996). Paul Nicholls is the leading trainer in the race with nine victories, most recently scoring with Silviniaco Conti (2013 and 2014).

There are just seven remaining entries for this year’s renewal which is being billed as a clash between the two Colin Tizzard-trained runners, Cue Card and Thistlecrack. Bookmakers are struggling to separate them, although Thistlecrack is clear favourite for the Gold Cup in March.

He was unbeaten over hurdles last season, winning five consecutive races including the World Hurdle at the Cheltenham Festival. He beat Alpha Des Obeaux by seven lengths and followed up by the same margin when beating Shaneshill at Aintree.

Tizzard made the decision to go straight over fences this season with the eight-year-old and he has won at Chepstow, Cheltenham and Newbury without being seriously tested. His jumping has improved with every outing and his trainer has been persuaded to run him here in preference to the Kauto Star Novices’ Chase on the same card.

Cue Card beat the ill-fated Vautour by a head in this race last year and looked in top form when winning the Betfair Chase at Haydock last month. He was odds-on for the Charlie Hall Chase at Wetherby previously when finishing a close third to Irish Cavalier. He beat 2015 Gold Cup winner Coneygree by fifteen lengths on that occasion, although the runner-up was having his first run for over a year.

The ten-year-old is running in the King George for the fifth successive season. He is also on course for the £1million bonus for the Betfair Chase, King George and Gold Cup treble. He was only denied the bonus last year when falling at the third last at Cheltenham when still travelling well for Paddy Brennan.

Nicky Henderson has supplemented Josses Hill after his six lengths win over Tea For Two at Huntingdon earlier this month. He was a high class performer over hurdles and has won his last two races over fences. He has good form here at Kempton, although he is yet to race at three miles so his stamina has to be taken on trust. 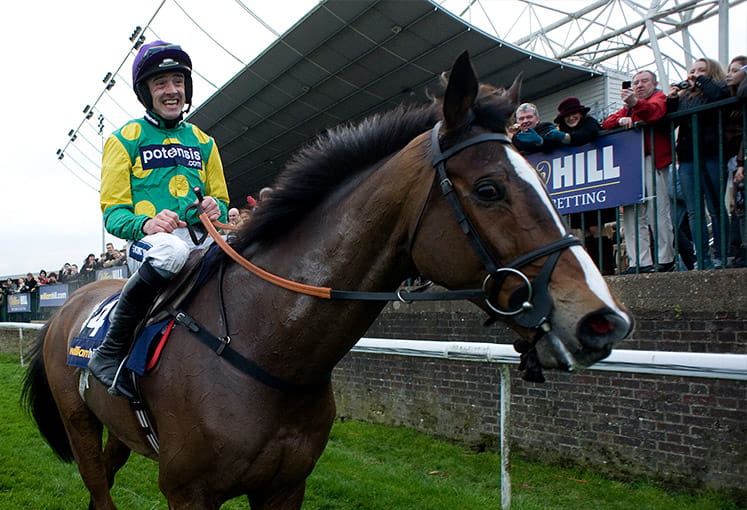 Lizzie Kelly rides Tea For Two who won the Kauto Star at this meeting last season. Trainer Nick Williams decided to swerve the festival meetings with the seven-year-old who was beaten at Sandown in February. This track suits him better than Cheltenham but he still something to prove in this grade.

Silviniaco Conti bids for a third victory in the race but was pulled up last year behind Cue Card. He faded rapidly once he was headed but bounced back to beat Dynaste by twenty lengths at Ascot next time. He finished 42 lengths behind Cue Card at Haydock in heavy ground last time.

The field is completed by Irish raiders Road To Riches and Roi Des Francs. Noel Meade has yet to commit Road To Riches to the race as he works his way back from injury. He won the Grade 1 Lexus Chase at Leopardstown in 2014 but his only victory since came at Clonmel last year. Roi Des Francs represents Gordon Elliott after finishing third to Champagne Fever at Thurles last month. He needs to improve considerably on his novice form which including finishing sixth at both Cheltenham and Liverpool.

The King George VI Chase is due off at 3.15 on Monday 26th December and will be televised live on Channel 4.