The 144th Kentucky Derby kicks off the 2018 American Triple Crown at Churchill Downs on Saturday 5th May.

The race has so far eluded European raiders, Bold Arrangement going closest when runner-up to Ferdinand in 1986. Trainer Aidan O’Brien will have his first runner in the race for five years when he saddles Mendelssohn this weekend.

The son of Scat Daddy was rated a 50-1 outsider when contesting the Dewhurst Stakes at Newmarket in October. He belied his odds that day to finish second before claiming Grade 1 success in the Breeders’ Cup Juvenile Turf in November. An effortless comeback win on the all-weather surface at Dundalk put him spot on for the UAE Derby at Meydan at the end of March.

Not many Grade 2 races are won by more than ten lengths but Mendelssohn strode 18 ½ lengths clear of Rayya in Dubai. His Kentucky Derby odds tumbled from 25-1 to 6-1 overnight as America stood up and took notice. He has been handed barrier 14 and Ryan Moore has elected to travel to America rather than ride in the 2000 Guineas at Newmarket. Moore will need to get him quickly into his stride to hold a good position early on.

Mendelssohn has been overtaken at the head of the market by Santa Anita Derby winner Justify. He is trained by Bob Baffert who trained American Pharoah to land the Triple Crown in 2015. That was the fourth time that Baffert had won the Kentucky Derby and there appears to be growing confidence behind Justify.

Statisticians have jumped on the fact that the colt did not race as a juvenile. The last horse to win this race without having raced at two was Apollo in 1882. They have labelled it the “Apollo Curse” and there are concerns about his inexperience in this big field. He has been nicely drawn in barrier seven and is expected to confirm the form with Bolt D’Oro from Santa Anita.

Audible is also well drawn in barrier five and won plenty of admirers when taking the Grade 1 Florida Derby. He is one of four runners from the Todd Pletcher stable and will be joined by Magnum Moon, Noble Indy and Vino Rosso. Pletcher is aiming to follow up last year’s win with Always Dreaming but the draw has gone against Vino Rosso (18) and Noble Indy (19). Magnum Moon has a similar profile to the favourite and won the Arkansas Derby by four lengths last time out. He also starts out wide in barrier sixteen but should have enough early pace to lie handy.

My Boy Jack the pick of Derby outsiders

My Boy Jack was beaten by Noble Indy in the Louisiana Derby when he came from a long way back. Jockey Kent Desormeaux held him up at the rear of the field next time in the Lexington Stakes. He made rapid progress approaching the home turn before getting up late to beat Telekinesis by a head. The bare form does not look good enough but his style of racing could see him running on into a place at long odds.

Good Magic lost his maiden tag when storming clear to win the Breeders’ Cup Juvenile Dirt. He was expected to win on his return to action in the Fountain Of Youth Stakes but faded to finish third. He bounced back to win in the Blue Grass Stakes and should be able to get a prominent position from barrier six. Bolt D’Oro needs to leave his Santa Anita Derby form well behind if he is to win this. Hofburg has three lengths to make up on Audible from the Florida Derby. 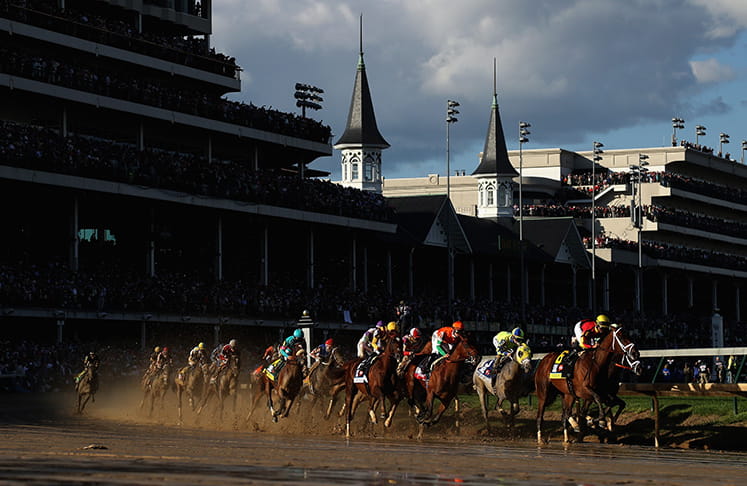 The $2 million Kentucky Derby is due off at 11.50pm (UK time) on Saturday 5th May and is being shown live on Attheraces.com.