Will Holland qualify for the play-offs?

A serious challenge faces Holland’s manager, Danny Blind – to finish in third place of Group A. With two consecutive defeats the Dutch players have almost lost their chance of taking part in The European Championship. The crucial game was their last match against fellow 3rd place seekers; Turkey. The Turkish team beat Holland 3-0 and this may cost the Clockwork Orange their qualifying position.

The visit to Kazakhstan is a must-win match; Blind is going to play his best players. Three days after this fixture, Holland will wrap up their Euro qualifying campaign with a home game against the Czech Republic. The venue for that match will be the Amsterdam Arena.

Kazakhstan have gained only two points in their European qualifying campaign and are complete underdogs for this match but the team has proved they are playing well in defense against stronger opponents. For example, The Hawks drew 0-0 against Iceland in their last match.

However, Holland will be hoping Turkey lose to the Czech Republic giving them a chance of participating in UEFA Euro 2016.

Holland’s squad is now down to 22 men, as Newcastle defender Daryl Janmaat is ruled out with a knee injury.

Ajax winger Anwar El-Ghazi has been called up to Holland’s squad for the first time. El-Ghazi is in top form, having scored 7 goals from 8 games for Ajax in The Eredivisie.

Blind has called up Feyenoord (winger) Eljiro Elia to replace Quincy Promes (Spartak Moscow) who is out of the squad due to a hamstring injury. 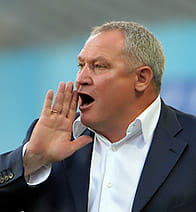 Yury Krasnozhan (Kazakhstan) : “We can dash the Netherlands’ hopes of qualifying.” 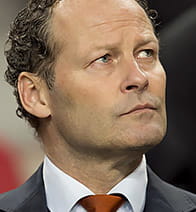 Danny Blind (Holland) : “I try to select the best players, I do not know any coach who does not. The choices can always challenge you, but there are not preference.”