The feature race at York on Saturday is the John Smith’s Cup over a mile and a quarter. This competitive handicap was known as the Magnet Cup until 1998 and always attracts a high quality field. Notable past winners include Cezanne (1994), Pasternak (1997), Wigmore Hall (2010) and Ballet Concerto (2017).

Punters have struggled in this race in recent years. The last winning market leader was joint-favourite Fairmile in 2006. The average winning SP since then has been almost 14-1. Richard Fahey has trained the winner on three occasions, although the most recent was Flying Clarets in 2008. William Haggas won the race with Green Destiny (2011) and Danchai (2013). 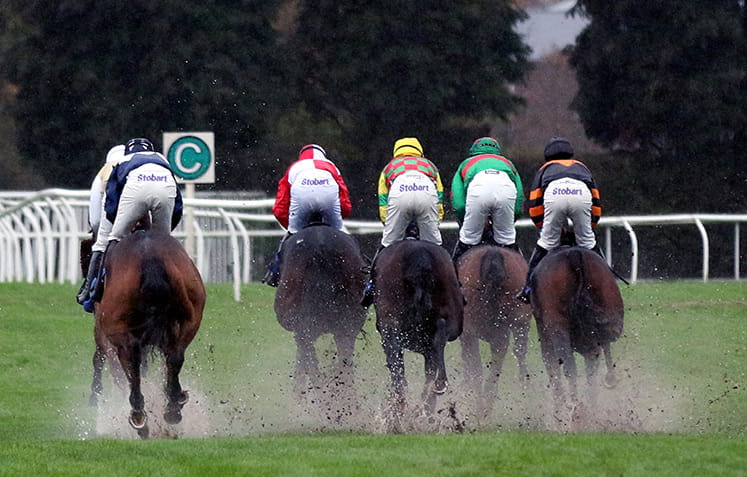 The ante-post favourite is Solid Stone, a four-year-old gelding trained by Sir Michael Stoute. He ran in some high class handicaps last season, winning at Newmarket before disappointing at Newbury in the London Gold Cup. He was gelded in November and reappeared with a workmanlike success at Sandown over a mile last month. He steps back up in trip and has been given a 7lbs hike in the weights.

Caradoc caught the eye at Epsom on Derby day when finishing a never-nearer sixth behind Sky Defender. He was given a lot to do that day and the son of Camelot was making ground steadily in the closing stages. He looks certain to improve with that run under his belt and can reverse the form with the winner on 5lbs better terms. Caradoc can race very keenly but a big field should ensure that they go a good gallop here.

John Gosden relies on Harrovian, a narrow winner over Archie Parkins at Doncaster last time out. Frankie Dettori rode him that day and the four-year-old was value for more than his head winning margin. James Doyle takes over the reins this weekend and the gelding has gone up 6lbs. Fifth Position is another improving four-year-old trained by Roger Varian. He finished third in a hot race at Newcastle behind subsequent Royal Ascot winners Sir Busker and Dark Vision. He followed up with a victory at Doncaster and should still be competitive off a 5lbs higher mark.

William Haggas bids for a third win in the race with Desert Icon, raised 9lbs for an easy all-the-way win at Newmarket. That race did look particularly weak on paper but he put eight and a half lengths between himself and his pursuers on the run to the line. He wore cheek-pieces for the first time that day and it will be interesting to see whether he will be ridden from the front on Saturday.

Haggas also runs Sinjaari who will be having his first run since being gelded in December. He looked a smart prospect when beaten a short-head by Headman at Newbury last spring but failed to add to his victory in a Windsor maiden. Tinandali has run a couple of good races for David O’Meara and was only two and a half lengths behind Sky Defender at Epsom. He joined O’Meara from Dermot Weld at the end of January and there could be further improvement to come.

Saeed bin Suroor has booked Cieren Fallon to partner Great Example, not seen since finishing second to Caradoc at Newbury in September. He meets that rival on similar terms but his fitness must be taken on trust. Pivoine won this race last year for Andrew Balding off a rating of 104 and is only 2lbs higher. He had a couple of runs on the all-weather at the start of the year but this looks a tall order on his return to the turf.

The John Smith’s Cup is due off at 2.30 at York on Saturday 18th July and will be televised live on ITV4.