Haydock Park is the venue for the pick of Saturday’s UK racing action with two Group 3 races including the John Of Gaunt Stakes.

The seven furlong race used to be open to three-year-olds but the minimum age was raised to four in 1998. The race attracts high class performers who fall between the two stalls of sprinter and true miler. John Gosden is the most successful trainer in the John Of Gaunt with four winners, although the last of those was Sleeping Indian in 2005. Sir Michael Stoute’s Main Aim (2009 and 2010) became the second horse to win the race twice following Warningford (1999 and 2002). Home Of The Brave won the race last year for Hugo Palmer and James Doyle, defeating Stoute’s Convey.

Palmer had set his sights on a repeat victory for Home Of The Brave but withdrew the five-year-old on Thursday due to the soft ground. He had been the ante-post favourite for this race but Breton Rock now tops the betting in a re-shuffled market.

David Simcock’s seven-year-old has won nine races, the first eight of them on ground officially described as good to soft or slower. He broke new ground at Doncaster in September when winning on good ground for the first time in the Group 2 Weber Park Stakes.

Breton Rock is a real seven furlong specialist but started his campaign over a mile at Newbury in the Group 1 Lockinge Stakes. He ran on well to finish a never-dangerous third to Ribchester. The going was too quick for him in this race last year when fourth to Home Of The Brave. Connections will be keeping a close eye on the weather in the Haydock area with the going soft, good to soft in places.

Growl yet to win over seven furlongs

Richard Fahey saddles Growl, a five-year-old gelding by Oasis Dream. He was a consistent handicapper last summer before finishing second at 50-1 in the Group 1 British Champions Sprint. Growl proved that his performance at Ascot was no fluke when winning a Listed race at Doncaster next time. He probably needed the run when seventh to Tasleet in soft ground at York last month but is yet to win over seven furlongs.

So Beloved was third in this race last year and returned to something like his best form over course and distance last time out. David O’Meara’s seven-year-old finished just over a length behind Oh This Is Us in the Listed Spring Trophy Stakes. He renews rivalry with the runner-up Absolutely So who was also running his best run for some time. Andrew Balding’s seven-year-old ran well here in 2015 and has to be respected. 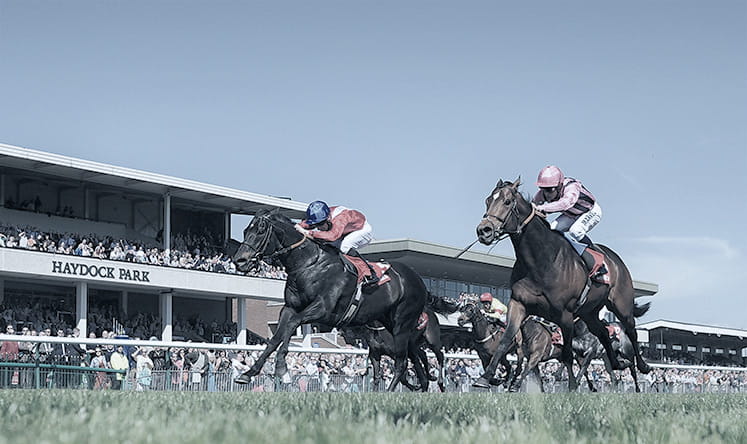 Money for Mitchum Swagger at Haydock

Jallota has won here in the soft and is a consistent performer at this level. He was two lengths behind Sovereign Debt in the Bet365 Mile at Sandown in April and should improve for the run. The early market move this week was for David Lanigan’s Mitchum Swagger. He has a lot of ground to make up on Breton Rock from Newbury after finishing only seventh but does have a 5lbs pull in the weights. His best form has come with cut in the ground and the money suggests an improved performance is expected.

Hillbilly Boy made the running until the furlong marker on his seasonal reappearance at Chester. He was not knocked about in the closing stages and weakened to finish ninth. His best form is on good to soft ground but he has a few pounds to make up on official ratings.

The John Of Gaunt Stakes is due off at 4.05 at Haydock Park on Saturday 10th June and will be televised live on ITV4.