Haydock Park stages a good quality card on Saturday featuring the Group 3 John of Gaunt Stakes over seven furlongs. This is a specialist distance and the race is often won by horses which don’t quite stay a mile.

Main Aim won the race for Sir Michael Stoute in 2009 and 2010 while Warningford (1999 and 2002) was another two-time winner for James Fanshawe. Other notable winners include Sleeping Indian (2005), Major Cadeaux (2008) and Home of The Brave (2016). Last year the race was won by Absolutely So for Andrew Balding and David Probert.

Emmaus the early favourite at Haydock

Bookmakers have chalked up Roger Varian’s Emmaus as the early market leader, a four-year-old son of Invincible Spirit. He only raced once last season, beating Sir Dancealot narrowly in a Leicester handicap. He returned to the midlands track for his seasonal reappearance to win the Listed King Richard III Stakes over this distance. Both races came on a softer surface than he is likely to encounter at Haydock this weekend.

The drying ground is good news for supporters of Dutch Connection. Charles Hills trains the six-year-old for Godolphin, the winner of the Group 2 Lennox Stakes at Goodwood in 2016. He again proved his liking for the Sussex track when winning a Group 3 there in August.

Dutch Connection put in an eye-catching performance in the Group 1 Lockinge Stakes at Newbury last month, finishing fourth to Rhododendron. He had some high class milers behind him that day including Limato and Beat The Bank. The drop back to his optimum trip and the fast ground should suit him perfectly.

Another horse likely to be suited by the faster ground on Saturday is Tabarrak. Richard Hannon trains the five-year-old son of Acclamation who won over course and distance last month. He got the better of a sustained duel with Mubtasim before going on to win by a quarter of a length. He won over a mile at Ascot last year before finishing a creditable fifth under a big weight in the Royal Hunt Cup.

The Derby winning combination of Charlie Appleby and William Buick team up here with D’bai. The son of Dubawi won a valuable handicap at Meydan in January and ran a promising race on his return to turf recently. He was beaten by The Tin Man over six furlongs on fast ground at Windsor but is more effective at this distance. 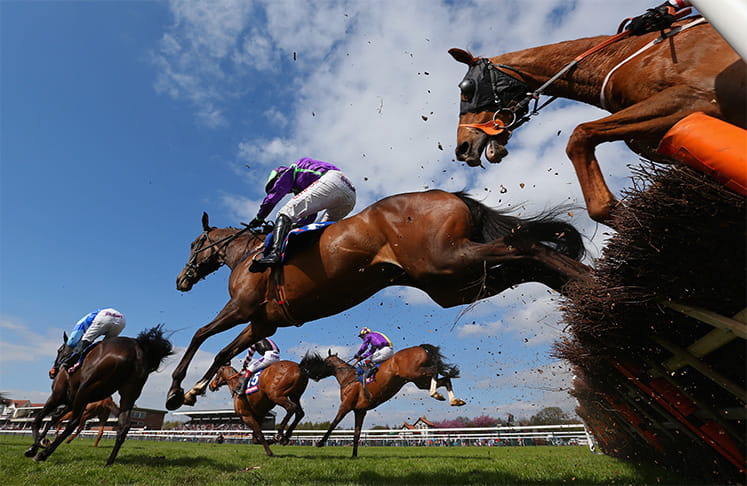 David O’Meara’s Larchmont Lad finished third in the one-mile Hambleton Handicap at York last time. He was highly rated as a three-year-old and took his chance in the 2,000 Guineas. He runs in preference to stable companion So Beloved who had finished third in this race for the past two seasons. Mr Owen has been kept busy on the all-weather but was far from disgraced when fourth in a Listed race at Windsor last time.

The John of Gaunt Stakes is due off at 4.00 on Saturday 9th June and will be televised live on ITV4.