The feature race at Newbury on Saturday is the Group 3 JLT Greenham Stakes for three-year-old colts and geldings over seven furlongs.

The race is one of the most significant early season trials for the 2000 Guineas. Previous winners include Celtic Swing (1995), Frankel (2011) and Kingman (2014). Frankel provided the late Sir Henry Cecil with his sixth Greenham figure, a total matched by Richard Hannon Senior when Olympic Glory won in 2013.

Jim Crowley rides Zainhom for Sir Michael Stoute, a colt by Street City out of a Storm Cat mare. He won on his second start as a two-year-old when beating Dick Tracy at York in September. Stoute then pitched him into Group 3 company and he finished a creditable second to Best Solution at Newmarket.

Godolphin have a very strong hand this year with Barney Roy and Dream Castle. James Doyle rides the unbeaten Barney Roy for Richard Hannon Junior. The son of Excelebration has been purchased by Godolphin since making a winning debut at Haydock in September. He quickened smartly to beat Fujaira Bridge by three-and-three-quarter lengths and is entered in both the Newmarket and Curragh Classics.

The famous blue silks are also carried by Dream Castle, a winner by a similar margin on his racecourse debut at Doncaster. He is a son of Frankel out of a Dubawi mare and readily accounted for To Dibba over seven furlongs. He raced quite keenly that day and Oisin Murphy takes the reins at Newbury.

Aidan O’Brien has never won the Greenham but had four horses entered earlier in the week. He has chosen to run War Secretary, a colt by War Front and the winner of a Listed race at Dundalk earlier this month. This represents a big step up in class but he does have fitness on his side. He had earlier won comfortably at the same track and is proven over seven furlongs.

Josephine Gordon takes the ride on Via Serendipity for Hugo Palmer, a winner on his third start last season. He was fancied to make a winning debut in the valuable Convivial Maiden Stakes at York in August. His effort faded in the closing stages and he finished third to subsequent Racing Post winner Rivet. He was surprisingly beaten at odds-on at Yarmouth next time before getting off the mark at Newmarket in September.

Jimmy Fortune rides Make Time for David Menusier, a colt by Makfi out of a mare by Lomitas. He was beaten by a nose at Ascot in September when starting at odds of 50-1. He was a lot shorter in the betting next time at Salisbury and made no mistake, kicking clear to beat Swiftsure by five lengths.

Kings Gift looks the pick of the remainder, a winner at Ayr and Redcar and a good second in the Horris Hill Stakes here in October. Mr Scaramanga won in Doha in February before finishing second to Law And Order at Lingfield. The winner ran creditably at Newmarket earlier this week but it will be a surprise if that form is good enough here. Sea Fox has won only one of his ten races for David Evans and was behind Mr Scaramanga in Doha. The field is completed by four times all-weather winner, Lord Cooper, a narrow winner at Wolverhampton last time. 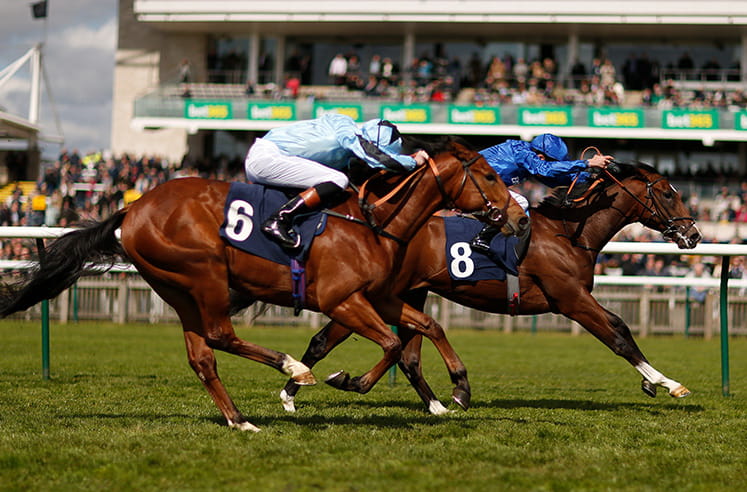 The Greenham Stakes is due off at 3.05 at Newbury on Saturday 22nd April and will be televised live on ITV4.