Its Back! A Preview of the New F1 Season

Barely weeks have passed since Nico Rosberg claimed the 2016 Drivers’ Championship, but so much has changed in the fast-paced world of Formula One since then! The champion himself has retired, of course, rather than face another season fighting off the relentless and tenacious challenge of former Mercedes teammate Lewis Hamilton.

The cars are faster and more dynamic too, while there are new driver line-ups and a host of novice drivers ready to take the wheel at events across the globe. Much more than this, we may finally see Mercedes’ dominance toppled in 2017, with Ferrari once again emerging as a force to be reckoned with.

Hamilton is the Favourite, But Don’t Rule Out the Ferrari Drivers

With Rosberg having departed, British driver Lewis Hamilton will start the new season as the clear favourite for the Drivers’ Championship. If early test drives are anything to go by, however, last seasons’ runner-up is likely to face stern competition from Ferrari representatives Kimi Raikkonen and Sebastian Vettel. With a superior and competitive design behind them, Ferrari has outperformed each of its rivals during pre-season and its drivers have seen their odds of success slashed across the board.

Of course, this is not the first time that Ferrari has looked competitive in pre-season before falling away once the championship has got underway, but there is no doubt that the manufacturer’s cars looker quicker and more reliable than they have done at any point during the last nine years. 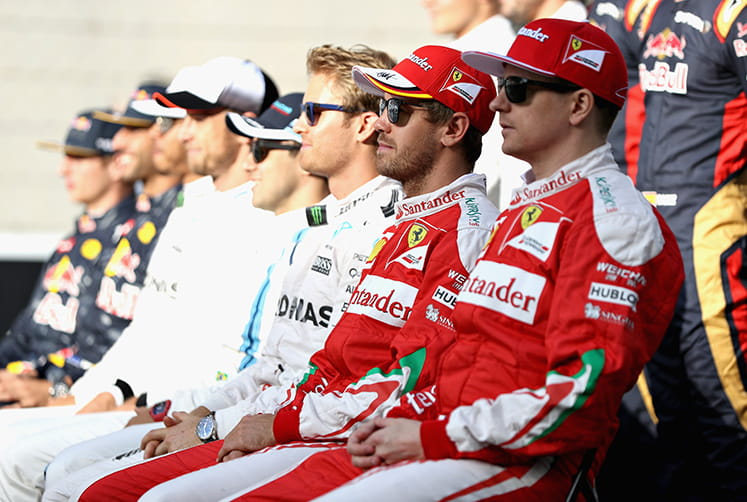 This is bad news for Mercedes, who must cope with the renewed threat from Ferrari while also managing a brand-new driver dynamic. The outgoing Rosberg has been replaced by Finland’s Valtteri Bottas, with the 27-year-old having prised out of Williams after a number of bullish performances last season. Seen as the closest possible like-for-like replacement for the composed and consistent Rosberg, Bottas is definitely the junior partner in the Mercedes stable and someone who is capable of competing with Hamilton without rocking the boat (at least during his first season).

While Bottas’ presence means that Mercedes will most likely avoid the driver conflicts they endured last season, the Finn has yet to prove that he is capable of competing or even winning races at the highest level. Given this, and with Mercedes having lost the competitive edge that they had over their rivals last season, the team may struggle to repeat the success of 2016.

Is Max Verstappen the Dark Horse for the Title?

Outside of Mercedes and a rejuvenated Ferrari, Red Bull will be the team to watch in 2017. Much of this has to do with the presence of Max Verstappen, as the 19-year-old remains the single most exciting prospect in the sort and a man who is destined to land the Drivers’ Championship at some point in his career.

A win in his maiden F1 outing last May was a sign of things to come, and he is sure to have improved this time around. He also has competition in the form of teammate, Daniel Ricciardo, who was arguably even more impressive and consistent while finishing third in the 2016 Drivers’ Championship.

Both of these drivers have the potential to challenge for the title, and any slips by those above them in the pecking order are likely to be ruthlessly punished by this immensely talented Red Bull team.