Is the West Indies win good for Test Cricket?

As 23-year old Shai Hope plundered the winning runs for the West Indies in their thrilling win at Headingley earlier this week, you could forgive neutral cricket fans across the globe for joining in the celebrations.

After all, not only had the West Indies just completed the 20th highest run-chase in history to secure the win (and the second highest at Headingley), but they also delivered a much-needed shot in the arm for world cricket and wowed fans across the globe.

But what are the ramifications of the West Indies’ incredible win, and will it help to boost test match cricket both in the Caribbean and around the world?

How did the Windies Overcome England?

Despite the fact that England had only won of their previous 11 tests, all of these triumphs came on the back of winning the initial toss. This was not the case at Headingley, however, as they were grateful to Ben Stokes for his superb century as they limped to a total of 258 all-out during the first innings. In contrast, the West Indies showcased superb discipline and technique to score 427 in challenging conditions, laying the foundations for a truly incredible success.

While the West Indies had to work hard to achieve a first innings lead, it looked as though Moeen Ali’s swashbuckling 84 in England’s second innings had ended the tourists chance of victory. Cue Joe Root’s ambitious declaration, and a final day that will live long in the memory of those who witnessed it. 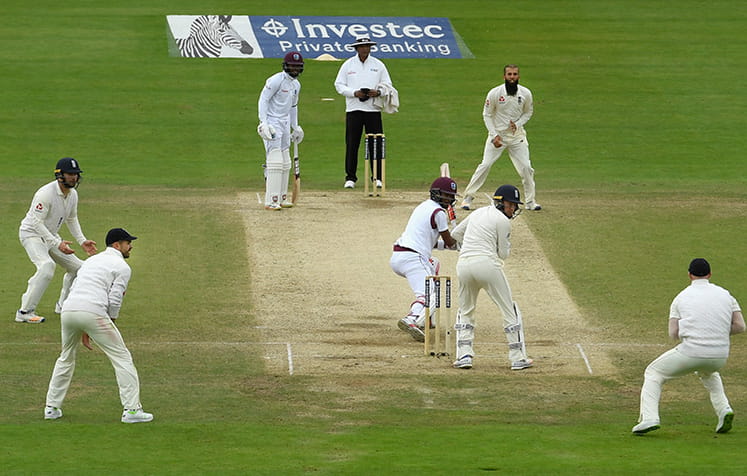 While the new captain has been forced to defend his attacking declaration, few expected the West Indies to mount a serious run chase as the final day unfolded. The Caribbean is the home of care-free and exciting cricket, however, and the West Indies young squad embodied this spirit to attack the challenge and ultimately chase down the 322 required for victory. Shai Hope’s unbeaten century proved crucial in the end, as the talented youngster became the first ever player to score two hundreds in a first-class match at Headingley.

What Does This Win Mean for the West Indies and Cricket as a Whole?

The Caribbean was once the spiritual home of cricket, in an age when the West Indies dominated and packed out test match arenas all over the world. The decline in their status and the quality of their players has been pronounced over the course of the last 30 years, however, as both fans and the region’s leading lights have been lured by the riches of T20 cricket. In many ways, the Windies plight seems to have embodied the challenges facing test match cricket as a whole, and this result could go a long way towards causing a shift in the sporting landscape.

This win could well inspire hope and belief among the Windies’ talented group of young players, particularly with a decisive third test still to play at Lords. Beyond this, we could also see the West Indies re-emerge as a key force in test match cricket, challenging the outlook of fans and reasserting the appeal of the longer form of the game. As Headingley proved, there is no game quite like test match cricket, particularly when two evenly-matched teams do battle and compete so aggressively for a win.

Headingley also proved that no team in the world is capable of playing with the same spirit and sense of adventure as the Windies, which is why it is so good to see them back at the top table of world cricket.