Is Konta the Favourite for Wimbledon?

Let’s start with a simple question: is Britain’s Johanna Konta the favourite for Wimbledon?

The short answer is no, of course, with the bookies showing a slight preference for the talented and tenacious Spaniard Garbine Muguruza, who is currently priced at 6/4 to win her second Grand Slam at the tender age of 23.

Konta is not far behind, however, as she can be backed as second favourite for the tournament at an average price of 9/4. With a semi-final against the veteran, five-times Wimbledon winner, Venus Williams looming, can Konta make history and compete for the Holy Grail of tennis?

The Story So Far: And What Lies Ahead for Konta

Konta’s run to the semi-final has been truly impressive, culminating in a high quality three set win over the world number two Simona Halep in the quarter-finals. This win came after Konta lost a narrow first set tie-break that she had dominated, continuing to display the form, composure and resilience that were the hallmarks of her earlier performances. As a result, Konta became the first British woman to reach a Wimbledon semi-final in 39 years, emulating Virginia Wade’s winning run in 1977.

Konta’s presence in her first Wimbledon semi-final (and second Slam semi overall) underlines her title credentials, but she faces ferocious competition in the form of the world number 11 Venus Williams. While the seven time Slam winner is now 37 and has not won a major title since succeeding at SW19 in 2008, she has enjoyed a renaissance this year after reaching the final of the Australian Open in January. With sister Serena absent, the experienced and ever-powerful Venus may feel as though she will never have a better chance of adding to her impressive Slam haul.

If Konta does overcome the robust challenge of Williams, she is most likely to face the aforementioned Muguruza in her maiden Slam final. While the Spaniard must overcome the underdog and 87th-ranked Magdaléna Rybáriková in her own semi-final, she is odds on to prevail and reach what would be her second final at SW19 (she lost to Serena Williams back in 2015). So while some have argued that Muguruza is primarily a clay court specialists, she has the pedigree and the competitive edge to win a Grand Slam on grass. 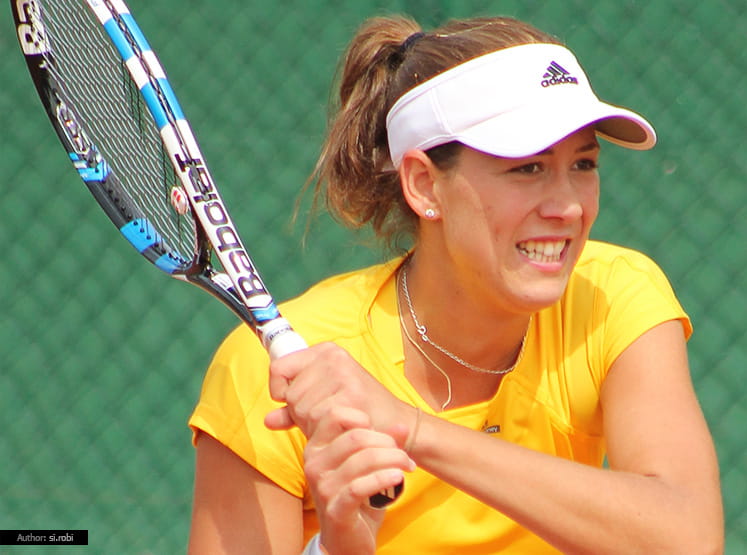 Is It Konta’s Time to Shine?

Despite Muguruza’s obvious threat, Konta’s powerful grass court game and metronomic serve would arguably make her the slight favourite in a straight contest with the Spaniard. In this respect, the biggest obstacle to Wimbledon may come in the form of Venus Williams, who remains one of the few players who can overpower Konta from the baseline.

Williams also has incredible experience of playing out on Centre Court at SW19, meaning that she may be able to cope with the occasion better than her opponent.

Make no mistake; Konta must play to her optimal level and show the focus that has distinguished her Wimbledon campaign so far. If she can achieve these goals and overcome Williams, she may well be on the way to being Britain’s first female champion at SW19 since 1977.