The Curragh stages the fourth Irish Classic of the season on Saturday with the Group 1 Darley Irish Oaks at 5.30.

The race is often on the agenda of the Epsom Oaks winner. Last year John Gosden’s Enable completed the Oaks double while previous winners include Blue Wind (1981), Diminuendo (1988), User Friendly (1992), Ouija Board (2004) and Sariska (2009). Sir Michael Stoute is the leading trainer in the history of the race with six winners, his most recent being Petrushka in 2000. Aidan O’Brien has trained the winner five times, his most recent success coming with Seventh Heaven in 2016.

O’Brien has three entries this year but the early money has all been for Ribblesdale Stakes winner Magic Wand. The daughter of Galileo won the Cheshire Oaks by three and a half lengths from Forever Together on good ground in May. She was strongly fancied for the Epsom Oaks next time but laboured in the soft ground and finished only fourth. Forever Together ran on strongly to beat Wild Illusion by four lengths.

Magic Wand turned that form around at Royal Ascot, this time finishing four lengths in front of Wild Illusion. Ryan Moore had her racing prominently throughout and she never looked like being caught in the home straight. The ground is currently riding good to firm at the Curragh so she will have conditions in her favour.

Epsom winner Forever Together was odds-on favourite for the Group 1 Pretty Polly Stakes at the Curragh next time. She proved no match for Urban Fox and finished a well-beaten second. That race was over ten furlongs and the fast ground may have caught her out.

Bye Bye Baby completes the O’Brien trio but looks held by both Magic Wand and Forever Together on recent form. She did finish ahead of Magic Wand at Epsom but may struggle to do so on this faster surface. Bye Bye Baby was nearly eight lengths behind Urban Fox last time out.

William Haggas runs Sea of Class, an impressive winner of her last two races at Newbury. She comfortably beat Athena but two lengths in May but Haggas resisted the temptation to send her to Epsom. The filly was odds-on to follow up in a Listed race at the Berkshire track last month and easily defeated Mrs Sippy. Both races were over ten furlongs but she is bred to stay a mile and a half and goes well on fast ground.

Mary Tudor is a grey daughter of Dawn Approach and runs in the colours of Godolphin. She was beaten a length by Easter Lily at Naas in a Listed race last time but has a lot more to do on Saturday. This will also be her first run over a mile and a half.

Romiyna represents His Highness The Aga Khan and is trained by Dermot Weld. She won by six lengths on her debut at Gowran Park in May. She started favourite for the Naas race won by Easter Lily but finished only sixth of the nine runners. The field is completed by Tissiak, trained by Joseph O’Brien. She finished fifth in the same race at Naas after winning her maiden at the Curragh over ten furlongs. 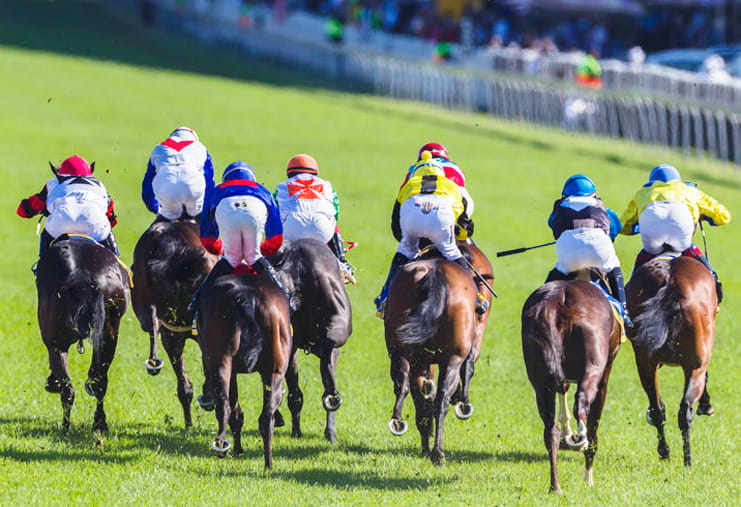 The Irish Oaks is due off at 5.30pm at the Curragh on Saturday 21st July and will be televised live on RTE2 and Attheraces.