The Irish Grand National takes place on Easter Monday at Fairyhouse over three miles and five furlongs. Punters came out on top at Aintree with the favourite Tiger Roll but bookmakers were on top last weekend when a 25-1 outsider won the Scottish National.

Gordon Elliott set to be mob handed at Fairyhouse

Tiger Roll’s trainer Gordon Elliott saddled 13 runners in last season’s race and could go one better on Monday. Elliott won the Irish National for the first time with General Principle last year, a faller at the eighteenth fence at Aintree. He is reported to be none the worse for his tumble and is expected to line up.

Jury Duty was fancied to run well at Liverpool but he unseated Robbie Power at the same fence. He won the American Grand National and won’t mind the drying ground at Fairyhouse. Discorama has been prominent in the ante-post betting for this race but his trainer has warned that he is monitoring the ground. The six-year-old won a battle of attrition in the four-mile National Hunt Chase at the Cheltenham Festival last time out.

Willie Mullins decided against running Pairofbrowneyes at Aintree and the decision to come straight here could be significant. The ten-year-old was a five lengths winner from stable companion Isleofhopendreams at Naas last month. His best form has been with plenty of cut in the ground so connections will be hoping for some rain over the weekend.

Remarkably, Mullins is yet to win the Irish National, a race his father won four times. Isleofhopendreams finished second a year ago and will bid to go one better. He could be joined by Total Recall, Bellow Mome and Burrows Saint. The latter is only a novice but has won his last two races convincingly and sneaks in here with a light weight.

Any Second Now among the Irish National favourites

Total Recall was runner-up to subsequent Cheltenham Gold Cup winner Al Boum Photo at Tramore in January. He was only third at Thurles next time but made a bad mistake that day and that form can be safely ignored. He has a touch of class and could be a factor if he gets his jumping together.

There has been plenty of support for the Ted Walsh trained Any Second Now, owned by JP McManus. He won the Kim Muir at Cheltenham under a fine ride from Derek O’Connor. That was his first victory in ten races over fences and a first winner at Cheltenham for his trainer in 22 years. The handicapper has put him up 7lbs but he should still be competitive.

The top weight is Tout Est Permis, a short-head winner at Thurles over two and a half miles in January. He has not raced since and this much longer trip is another unknown factor. Liam Cusack saddles Snugsborough Benny, a nine-year-old gelding by Beneficial. He was heavily backed when winning comfortably here in February but is another horse that is unproven at the distance.

C’est Jersey came up against the smart Duc Des Genievres at Gowran Park in February. That horse bolted up in the Arkle Chase at Cheltenham next time but this is a very different test. A likely outsider here is Whisperinthebreeze, trained by Jessica Harrington. He beat Grand National gamble Livelovelaugh at Leopardstown prior to falling in the four-miler at Cheltenham. That may have been a blessing in disguise as the race turned into a real slog. 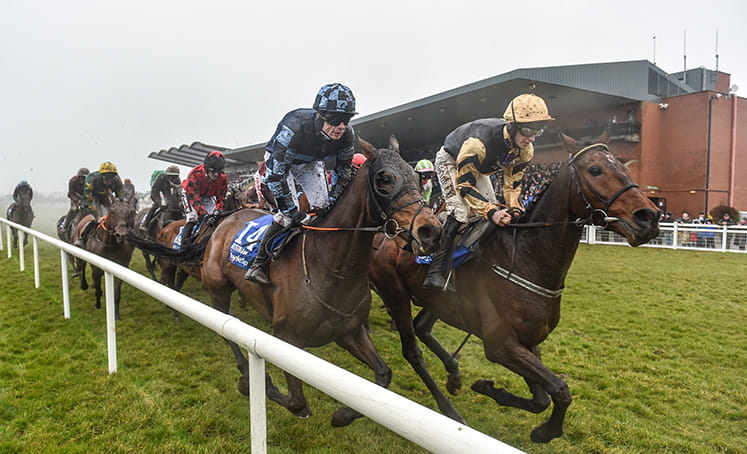 The Irish Grand National is due off at 5.00 on Monday 22nd April and will be televised live on Racing TV.