The feature race at Leopardstown on Sunday is the Grade 1 Irish Gold Cup over three miles.

Last year’s race was won by Sizing John who went on to further big race success in the Cheltenham Gold Cup in March. He became the third horse to complete the double following Jodami (1993) and Imperial Call (1996). Jodami won the race three times but was surpassed by Florida Pearl, successful in 1999, 2000, 2001 and 2004. Beef Or Salmon also won the race three times while Nick The Brief, Carvill’s Hill and Carlingford Lough were all two-time winners.

The early market leader is Our Duke, despite a poor run at Down Royal in November. Jessica Harrington’s eight-year-old won the Irish Grand National by 14 lengths in April off a rating of 153. He has been raised a stone as a result and is already a Grade 1 winner over course and distance. That came in December 2016 when beating Coney Island by half a length in yielding ground. Our Duke scoped abnormally after finishing a remote seventh last time and has since undergone a back operation.

Tony Martin saddles Anibale Fly in the colours of leading owner JP McManus. He earned his place in the line-up when taking the valuable Paddy Power Chase here in December. He was rated only 148 that day but comfortably held Ucello Conti by seven lengths. He has been re-assessed by the handicapper on a mark of 159.

Minella Rocco races in the same colours and was runner-up in last season’s Cheltenham Gold Cup. Jonjo O’Neill’s gelding has always had plenty of ability but has only one win in twelve starts over fences. He unseated his rider in this race a year ago and was only fourth on his latest visit in December.

Willie Mullins is the leading trainer in the history of the Irish Gold Cup with nine previous victories. He has two entries this season with Djakadam and Killultagh Vic. Djakadam has finished 2nd, 2nd and 4th in the last three Cheltenham Gold Cups. There is a general consensus that he does not quite get up the Cheltenham hill but he remains a top class chaser.

He was beaten a short-head by Gold Cup winner Sizing John at Punchestown in April. Mullins took him back to the same track in December for the John Durkan Memorial and he once again found Sizing John too good. On his most recent start he was pulled up behind Road To Respect over course and distance.

Killultagh Vic has won both starts over fences and warmed up for this race with a win over hurdles on New Year’s Eve. That certainly confirmed that he is good form but his lack of experience is a slight concern. Killultagh Vic was rated 150 over hurdles and would be a contender if improving over the larger obstacles. 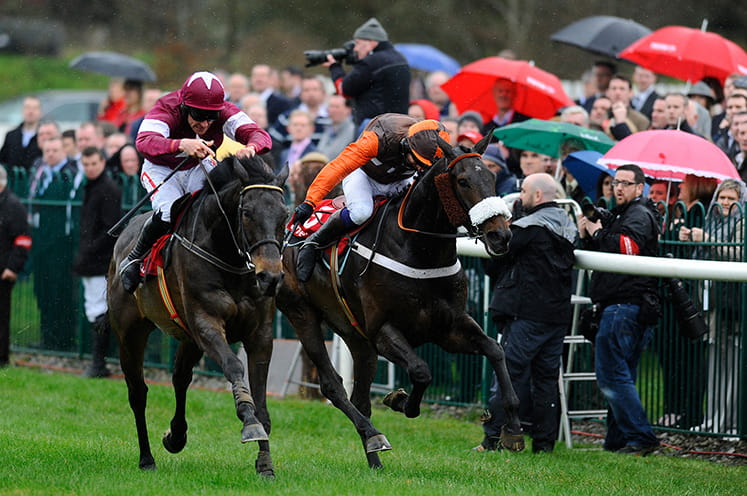 Valseur Lido ought to have won the Irish Gold Cup back in 2016. He was travelling best of all when unseating Ruby Walsh at the final fence. Connections elected to run him in the Ryanair Chase at Cheltenham and he finished a respectable second to Vautour. He was later transferred from the Mullins’ stable to Henry De Bromhead, finishing fifth to Road To Respect after an absence of exactly a year. That was a very encouraging effort and he should strip fitter on Sunday. Outlander finished ahead of him in third place, a big improvement on his previous run at Haydock in November. He is a previous winner of the Lexus Chase here and is another with each-way claims.

The Irish Gold Cup will take place at 3.35 at Leopardstown on Sunday 4th February and will be televised live on Attheraces and RTE2.