The feature race at the Curragh on Saturday is the Group 1 Dubai Duty Free Irish Derby at 5.20.

The race is a natural target for the Epsom Derby winner and Wings Of Eagles will be trying to complete the double. He is trained by Aidan O’Brien who already holds the race record with eleven wins.

Ryan Moore will take over from Padraig Beggy on 40-1 Epsom Derby winner Wings Of Eagles. The son of Pour Moi ran a good trial in the Chester Vase when staying on in eye-catching fashion behind stable companion Venice Beach. The booking of a relatively inexperienced jockey and a wide draw appeared to have compromised his chances at Epsom.

Wings Of Eagles belied the odds when producing a fine burst of speed to cut down Cliffs Of Moher and Cracksman and win by three-quarters of a length. Beggy had to ride a patient race from his position at the rear of the eighteen runners. The horse did not seem entirely happy on the famous Epsom camber but looked a worthy winner on the day. The flatter track at the Curragh could bring about further improvement.

John Gosden has booked Pat Smullen to ride Cracksman following the news that Frankie Dettori will not be fit in time.

Cracksman carried plenty of stable confidence at Epsom and ran a brave race to finish third. He was never far off the pace set by Douglas Macarthur and he got to the front at the furlong pole. He was headed by Cliffs Of Moher before Wings Of Eagles overhauled both horses. Although he is by Frankel, Cracksman seems more of a relentless galloper and Smullen is likely to try to hold a prominent position at the Curragh. He has already stated that the race is likely to prove a tactical affair with O’Brien holding five of the nine entries.

O’Brien also runs Derby sixth and seventh, Capri and Douglas Macarthur. The former should relish more cut in the ground this weekend and was far from disgraced at Epsom. They are joined by outsiders The Anvil and Taj Mahal. 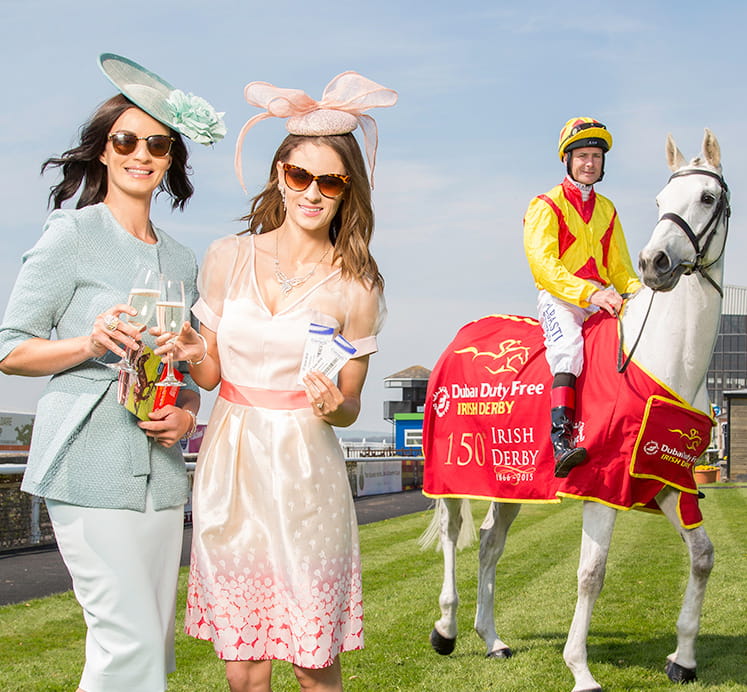 Andre Fabre has won the Irish Derby twice previously with Winged Love (1995) and Hurricane Run (2005). He will bid for a third success with French Derby runner-up Waldgeist.

The English Derby had been the original target for Waldgeist but Fabre made the late switch to Chantilly. The move nearly paid off as he was only beaten a short-head by Brametot. That horse had previously won the French Guineas so the form looks solid. He was only a length and a half ahead of Taj Mahal who re-opposes on Saturday.

The French Derby is over an extended ten furlongs but the extra distance looks certain to suit Waldgeist. He has a similar running style to Cracksman and will be suited by the testing conditions. The same applies to Jessica Harrington’s Grandee, a winner in soft ground at Leopardstown over a mile and a half. He made all of the running to hold Eziyra in the Listed King George V Cup and now takes a step up in class.

The Irish Derby is due off at 5.20 on Saturday 1st July and will be televised live on AtTheRaces.