The feature race at Leopardstown on Saturday is the €1.25 million Group 1 QIPCO Irish Champion Stakes over ten furlongs.

The race has grown in significance over the years, with breeders focussing on speed rather than stamina. Top middle distance horses and Derby winners have been attracted to Leopardstown for this prestigious race, often used as a stepping-stone to the Prix de L’Arc de Triomphe. Notable earlier winners include Assert (1982), Sadler’s Wells (1984), Triptych (1987) and Suave Dancer (1991).

Dylan Thomas became the only horse to win the race twice when successful in 2006 and 2007. He provided two of the seven victories for leading trainer Aidan O’Brien. John Gosden has won the race twice in the last four seasons with The Fugue (2013) and Golden Horn (2015).

O’Brien saddles the hot favourite this year with dual Guineas winner Churchill. The son of Galileo established himself as the leading miler of his generation when beating Thunder Snow comfortably at the Curragh.

Churchill’s winning run came to an end at Royal Ascot when running a lacklustre race behind Barney Roy. He stepped up to ten furlongs for the first time at York but had no answer to the finishing kick of Ulysses. He did finish ahead of old rival Barney Roy on that occasion but was under pressure a long way from home.

Martyn Meade’s Eminent is the main market rival to Churchill. He was slightly disappointing in the 2000 Guineas at Newmarket when beaten three and a half lengths into sixth. Eminent ran well in the Derby to finish fourth behind Wings Of Eagles.

Meade elected to drop him back to ten furlongs and a fair fifth in the Eclipse was followed by a Group 2 success in France. Ryan Moore rode him that day and made all the running to beat Salouen by three lengths. Frankie Dettori rides the son of Frankel for the first time on Saturday and forcing tactics could again be the plan of action.

Derby runner-up Cliffs Of Moher was narrowly ahead of Eminent in the Eclipse when fourth to Ulysses. He was sent to the front in the York International next time but was easily brushed aside at the two furlong marker. Those tactics clearly did not suit him and he could be a factor at an each-way price.

Poet’s Word steps up in class

Sir Michael Stoute is keen to test Poet’s Word at Group 1 level following his Group 3 success at Goodwood last month. The four-year-old was narrowly beaten by Deauville at Chester in May and did not reappear until beating Second Step by a length and a half. That was over a mile and a half on soft ground so he will appreciate a fast pace this weekend.

Success Days earned a tilt at the Champion Stakes by edging out Mondialiste in a Group 2 at York in July. The grey will need to find considerable improvement to win here and was outclassed in this race a year ago. Zhukova looks the best of the remainder, a six lengths winner of the Grade 1 Man O’War Stakes at Belmont Park in May. Dermot Weld’s mare may have needed the run when only fourth to Nezwaah at the Curragh in July. Decorated Knight won the Group 1 Tattersalls Gold Cup in May but has been well beaten in the Eclipse and the International Stakes since. 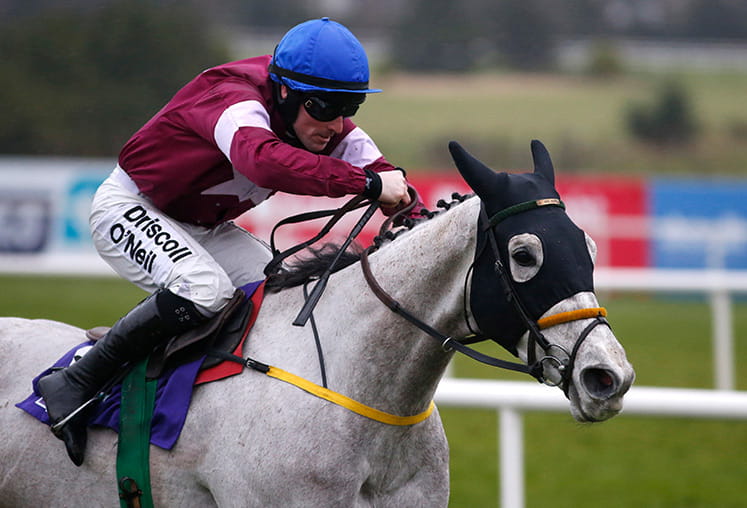 The Irish Champion Stakes is due off at 6.45pm on Saturday 9th September and will be screened live on RTE2