There are some significant Cheltenham Festival trials taking place at Leopardstown this weekend, including the Irish Champion Hurdle on Saturday.

Willie Mullins trained Hurricane Fly to win this Grade 1 event five times between 2011 and 2015. The popular gelding was also successful at the Cheltenham Festival in 2011 and 2013. Mullins won the race for the sixth consecutive season with Faugheen in 2016. Petit Mouchoir finally ended the Mullins domination when defeating Footpad last year for Henry De Bromhead. Other notable winners of the race include the legendary Istabraq (four times between 1998 and 2001), Brave Inca (2006 and 2009) and Hardy Eustace (2007).

Faugheen drifting in the betting

The ante-post favourite this year is Faugheen, surprisingly defeated here in the Ryanair Hurdle in December. He opened at 4-5 favourite but has drifted out to as high as 7-4. The ten-year-old failed to complete the course for the first time in his career when pulled up behind Mick Jazz.

Mullins has moved quickly to quash rumours that all was not well with the 2015 Champion Hurdler. He was side-lined through injury after winning at Cheltenham and did not reappear until November. An impressive 16 lengths victory appeared to have set him on course to regain his crown but he ran a lifeless race last month.

Mullins will also run Melon and Bapaume on Saturday. Melon has not quite lived up to the hype of last season, finishing second when favourite at both Cheltenham and Punchestown. He was held by the enigmatic Labaik in the Supreme Novices’ Hurdle before losing to stable companion Cilaos Emery.

Melon returned to action in November with a comfortable win in a Grade 2 hurdle at Down Royal. His next objective was the International Hurdle at Cheltenham but he finished only third to My Tent Or Yours. He looked to be travelling strongly turning for home but could not quicken on the run-in.

Bapaume is a five-year-old gelding by Turtle Bowl and finished third in the Triumph Hurdle as a juvenile. He was five lengths behind Defi Du Seuil and meets the rival on identical terms at Leopardstown. On his most recent start he was beaten over five lengths into third behind Apple’s Jade over three miles. 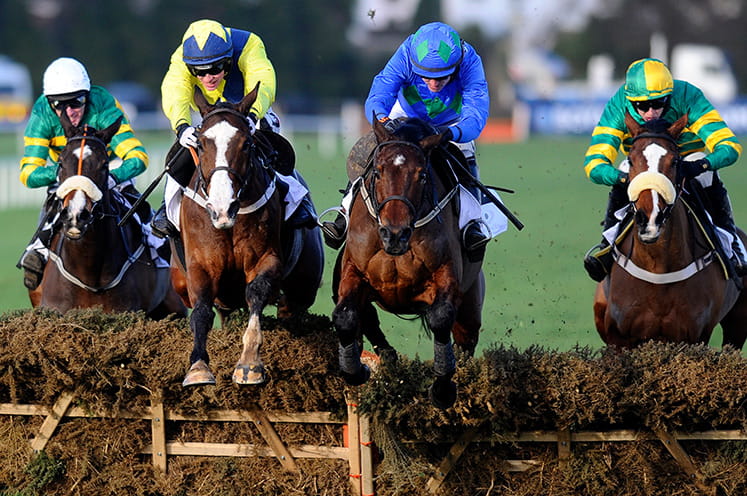 Trainer Gordon Elliott is yet to win the Irish Champion Hurdle but has a leading contender this year in Mick Jazz. He benefitted from Faugheen’s lack-lustre display to take the Ryanair from Cilaos Emery. Mick Jazz was dropping down in trip after being well beaten over two and a half miles in the Grade 1 Hatton’s Grace Hurdle. He had earlier finished over five lengths behind Melon at Down Royal in November.

Defi De Seuil was the top-rated juvenile last year, winning at Cheltenham and Aintree. The five-year-old lost his unbeaten tag when only fourth to Lil Rockerfeller at Ascot in November. He has been given plenty of time to recover from his exertions by Philip Hobbs. The Triumph Hurdle form has not really stood the test of time and he still has to prove himself against his elders. Supersundae is tough and consistent and is dropping back in trip for Jessica Harrington. He has finished behind leading stayer Apple’s Jade on both races this season.

The Irish Champion Hurdle is due off at 3.30 on Saturday 3rd February and will be shown live on Attheraces and RTE2.