The big race at the Curragh this weekend is the Group 1 Irish 2000 Guineas, the first Classic in Ireland this season.

The Irish Guineas has been dominated by Aidan O’Brien in recent times with a record eleven victories since 1997. His previous winners include Rock Of Gibraltar (2002), Henrythenavigator (2008), Mastercraftsman (2009), Gleneagles (2015) and Churchill (2017). Remarkably, Kevin Prendergast is the only other Irish trainer to win the race since the late Vincent O’Brien in 1988. Aidan O’Brien’s run of success has been punctuated by English-trained winners, notably Dubawi (2005), Canford Cliffs (2010) and Kingman (2014). The race is often the next step for the English 2000 Guineas winner but Saxon Warrior is on course for next weekend’s Epsom Derby.

Ballydoyle may not have the favourite this year but O’Brien is still going to be strongly represented. Gustav Klimt was never really travelling like the winner at Newmarket, eventually finishing sixth. He had returned to action with a workmanlike success in heavy ground at Leopardstown in April, beating Imaging by a length and three-quarters.

US Navy Flag missed Newmarket to run in the French Guineas where he finished sixth behind Olmedo. With 32-1 outsider Hey Gaman finishing second, the form of that race does not look particularly strong. US Navy Flag led the field until approaching the final furlong and more patient tactics could be adopted on Saturday.

Threeandfourpence finished fourth behind US Navy Flag in the Group 1 Dewhurst Stakes as a juvenile. He then chased home another stable companion in Mendelssohn at Dundalk this spring before poor efforts at Meydan and Churchill Downs.

The form horse and early market leader is Mark Johnston’s Elarqam, a son of Frankel out of 1000 Guineas winner Attraction. He beat Tip Two Win at Newmarket in September but finished behind that colt in the Guineas when fourth to Saxon Warrior.

Johnston could barely disguise his disappointment that day, initially indicating that perhaps Elarqam would be more effective at ten furlongs. He later decided to miss the ten-furlong Dante Stakes at York in favour of staying at a mile. He was beaten less than three lengths at Newmarket but did seem to hit a flat spot at the two-furlong pole. The Guineas form was given a boost when fifth-placed Roaring Lion won the Dante Stakes by a wide margin.

Zihba won the Group 3 Amethyst Stakes at Leopardstown last time out, beating his elders in the process. It is rare for a horse to come into this race after tackling the older generation and it will be interesting to see how the form holds up.

Charlie Appleby was also left disappointed on 2000 Guineas day when Masar finished third. That colt is on target for the Derby and Godolphin’s colours will be carried by Symbolization at the Curragh. He held Curiosity by a neck at Newmarket when racing off a handicap mark of 100. He is tough and consistent but has something to prove in this grade. Would Be King was beaten by Imaging in the Listed Tetrarch Stakes at Naas over seven furlongs. He was only beaten three-quarters of a length but the winner was value for a wider margin. 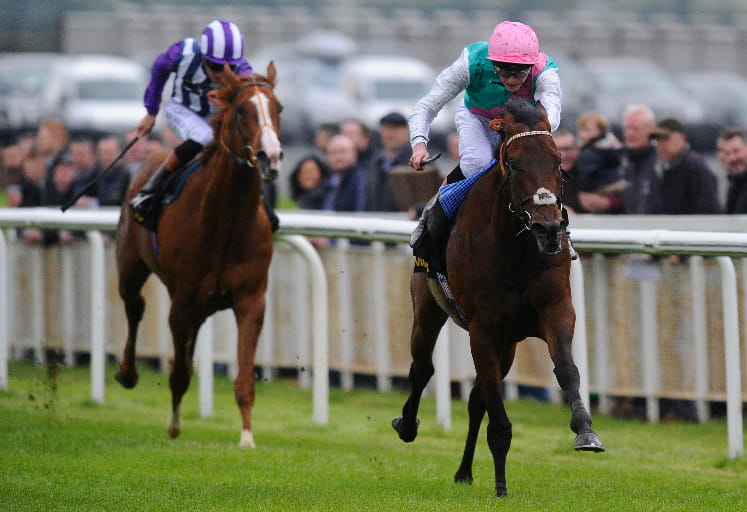