The big betting race at Ascot on Saturday is the £150,000 International Stakes, a handicap over seven furlongs.

This race always attracts a maximum field of high quality handicappers. The key form guides are usually the Bunbury Cup at Newmarket and the Hunt Cup at Royal Ascot. Trainer Mark Johnston has a good record in this race and usually has his horses in peak form as Glorious Goodwood approaches. Notable previous winners include Dabbers Ridge (2006), Al Muheer (2009), Field of Dream (2012) and Heaven’s Guest (2015).

Johnston has another strong representative this year in Cardsharp, the mount of James Doyle. He was carrying 9st 5lbs at Newmarket when beaten only a length into fourth place in the Bunbury Cup behind Burnt Sugar. He had been dropped back to six furlongs after finishing down the field in the 2000 Guineas in May.

Burnt Sugar landed a major gamble that day for Roger Fell and Paul Hanagan. He had been unlucky in his previous two races but everything went perfectly for him at Newmarket. Hanagan produced him in the closing stages to beat Shady McCoy, Spanish City, Cardsharp, Makzeem and Firmament. He carries a 3lbs penalty and Shane Kelly takes over the reins.

Ryan Moore was an eye-catching booking for Makzeem in the Bunbury Cup and retains the ride on Roger Charlton’s five-year-old. He left his previous form well behind and held every chance until the closing stages. Firmament also ran his usual game race for David O’Meara and should not be far away. Spanish City and Shady McCoy dead-heated at Newmarket and meet on identical terms at Ascot. Shady McCoy is now eight years of age but ran a great race from a wide draw and will have the assistance of Silvestre de Sousa in the saddle.

Flaming Spear went into many notebooks when finishing fifth in the Hunt Cup last month at Royal Ascot. He runs in the colours of Tony Bloom, successful in this race with Librisa Breeze in 2016. Trainer Dean Ivory issued a note of caution that the horse will not run unless the forecast rain arrives. Bloom has already won two big handicaps this summer in the Northumberland Plate and last weekend’s JLT Handicap.

Hayley Turner was all smiles after riding Ripp Orf to win the Victoria Cup over course and distance in May. David Elsworth’s four-year-old beat Zhui Feng by a neck on good to firm. He won at Newmarket over a mile earlier this month before finishing second to Vintager at the same course.

John Gosden’s runners in handicaps are always worth a second look and there has been support for Il Primo Sole this week. The three-year-old finished fifth in a big field in the Britannia Stakes at Royal Ascot. The well-backed George of Hearts finished further back in ninth place and both experienced trouble in running. It remains to be seen how strong a race that was and three-year-olds do not have a great record in the International Stakes.

An interesting outsider here is Chessman, formerly with Gosden and now trained by Archie Watson. He finished third in a Listed race at Chester last time when wearing cheek-pieces for the first time. He showed some decent form in handicaps for Gosden last year and could run well at a big price. 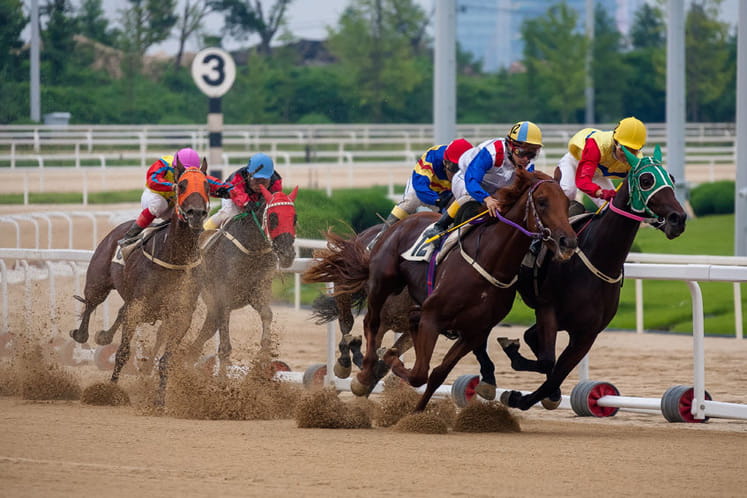 The International Stakes is due off at 3.00 at Ascot on Saturday 28th July and will be televised live on ITV.