The 2.40 at Newbury on Saturday is a £40,000 Juvenile Handicap Hurdle for four-year-olds over two and a quarter miles. The first big handicap for juvenile hurdlers was the Fred Winter Handicap Hurdle at the Cheltenham Festival last week. Paul Nicholls had one of the ante-post favourites for that race in Friend Or Foe but he missed the cut. The son of Walk In The Park heads the market here with Harry Cobden set to take the ride.

Friend Or Foe joined Nicholls from France in October and made a winning start for his new connections at Taunton. He made all the running to beat Zafar by a length and a quarter. The runner-up was placed at Ascot next time before finishing third at Fontwell Park.

Nicholls also has Scaramanga entered, a gelding by Mastercraftsman out of a Hernando mare. He was placed on the flat when trained by James Fanshawe and got off the mark over hurdles at Taunton earlier this month. He was placed at Ludlow on his debut and showed signs of inexperience when beaten by Airton at Taunton next time. Scaramanga was made heavy odds-on favourite on his latest start when readily beating Melekhov.

Alan King also has two entries here with top weight Elysees and Nebuchadnezzar. Elysees has been allotted 11st 12lbs following his close second to Quel Destin at Doncaster in December. He was receiving 5lbs from the favourite but was only beaten a neck in a driving finish.

Nebuchadnezzar was a fair fourth to Beat The Judge at Kempton Park over Christmas. He then ran at Warwick but could finish only fourth to Song For Someone, beaten eight and a quarter lengths. Dan Skelton saddles Flegmatick, a son of Fuisse. He finished a little over a length ahead of Nebuchadnezzar in the Warwick contest.

Nicky Henderson landed the juvenile crown in the Triumph Hurdle and his representative here is Chaparral Prince. He has finished runner-up in his last three races, most recently finding Hes No Trouble much too good at Huntingdon. He was fitted with blinkers that day but still looked a very difficult ride.

Groveman is trained by Jedd O’Keeffe and won a minor race at Catterick in January. He has since been well beaten by Constancio at Doncaster and Ingleby Hollow at Sedgefield. Al Kherb has a similar profile, having beaten Dagian by two and a half lengths at Catterick last month. He was trained by Roger Charlton on the flat, winning at Newbury and Ripon.

Idilico holds both Flegmatik and Nebuchadnezzar on Warwick form where he finished second for Ian Williams. That was his fifth race, his only victory coming on his hurdling bow at Uttoxeter in October. Neil King’s The Knot Is Tied has been placed in all four races, most recently behind Le Milos at Sandown on soft ground. He was only beaten a head on his previous start by Dyliev at Huntingdon. 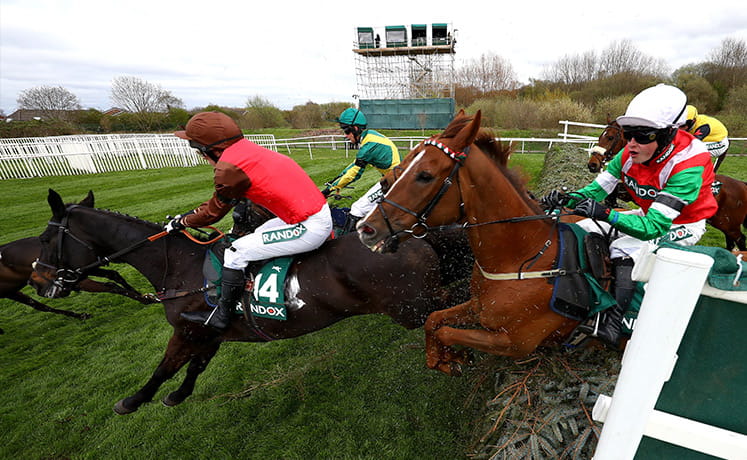 The Insurance Juvenile Handicap Hurdle is due off at 2.40 on Saturday 23rd March and will be televised live on ITV4.