The feature race at Sandown Park on Saturday is the £75,000 Imperial Cup Handicap Hurdle over two miles. The quality of the race was in danger of suffering from its proximity to the Cheltenham Festival so a cash bonus was introduced in 1992. There is a record £100,000 bonus for the winning horse this year, should they go on to win any race at next week’s Festival.

The recent rain is good news for connections of hat-trick seeking Monsieur Lecoq. The five-year-old has won in heavy and soft ground at Ffos Las and Sandown, most recently beating Our Merlin by nine lengths. The handicapper has put him up 10lbs for that victory and he will be ridden by Chester Williams.

Another horse towards the head of the market is Nicky Henderson’s Dream Du Grand Val, a six-year-old son of Put D’Or. He is set to make his handicap debut after impressive victories in novice events at Fontwell and Kelso. He was a short-priced favourite on both occasions and raced quite keenly.

Benny’s Bridge won comfortably at Cheltenham last time, his first success over hurdles. He just scrapes into the field but is 8lbs out of the handicap so will race off a stone higher mark on Saturday.

Paul Nicholls has been firing in the winners recently and has another lively contender here in Malaya. The mare was very consistent last season and ran well at Ascot last time behind stable companion Brio Conti. She was held up at the rear in that two and a half mile contest and finished a creditable fourth. A fast pace is guaranteed with a big field here so the drop back in trip is not a concern.

Kim Bailey’s First Flow is very short in the market, considering this will be his first race for almost a year. He was pulled up in the Supreme Novices’ Hurdle at Cheltenham last season and may need this race after such a lengthy absence.

Blu Cavalier belied his odds of 100-1 when finishing third to Al Dancer in the valuable Betfair Hurdle last month. He had been beaten in a selling hurdle on his final start for Paul Nicholls before joining Ali Stronge. He seems to have benefitted from a change of scenery and is likely to start at considerably shorter odds on Saturday.

Extra Mag owes his position in the market to the excellent record of trainer David Pipe in this race. He was beaten by Precious Cargo at Kempton in a novices’ hurdle at the end of January but may have been ear-marked for this race for some time.

Top weight Call Me Lord has been racing over longer trips, notably when bolting up in a valuable handicap hurdle here in April. That followed a game effort when just held by Mr Antolini in this race 12 months’ ago. He is 8lbs higher in the weights this time and will be partnered by Daryl Jacob. Solomon Grey was runner-up to Big Time Dancer in the Lanzarote Hurdle at Kempton in January. That form has worked out well and he is another with each-way claims in a wide open race. 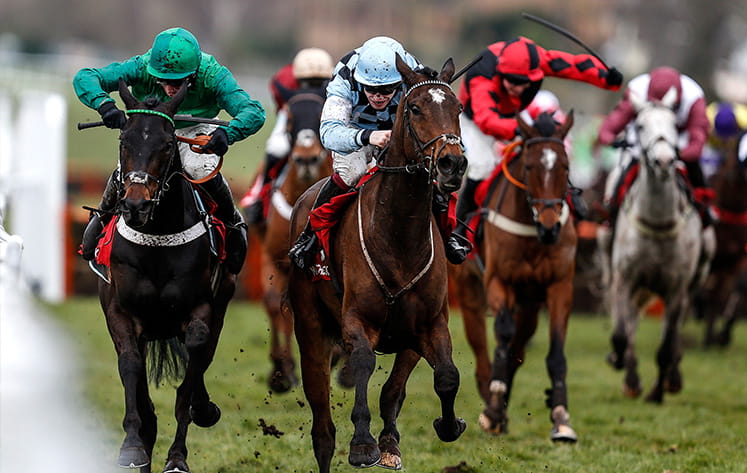 The Imperial Cup is due off at 2.25 at Sandown Park on Saturday 9th March and will be televised live on ITV4.